Possible Scenarios of Our Future 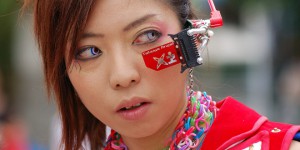 If we take a look at our world as an aggregate of social, political, cultural, and economical processes, each of which affects the entire complexity of existence, trying to predict the scenarios of its further development and evolution (or degradation) will seem a waste of time and effort. Nevertheless, one of the branches of modern science—specifically, futurology—aims at extrapolating the existing trends into the future in order to foresee its possible variants. By analyzing today’s agenda, one can come to certain conclusions about the nearest future that would be rather close to the truth. To do so, one should distinguish the most typical trends, and assume they would continue in future. To my mind, such trends are global computerization and ecological pollution.

If we take a closer look at our civilization, we will notice that, as we see it today, it is based on the wide use of computers. Moreover, modern people spend a significant amount of time online, both for work and entertainment. Since we consume countless information, most of which is visual, logically our eyes and brains will become larger to be able to cope with the constantly increasing amounts of data. According to Dr. Alan Kwan, genetic engineers of the future will seek to create people with even bigger heads and eyes to make them more suitable for life in the conditions of a distant future that is near 100,000 years A.D. (FoxNews).

According to the philosophy of transhumanism, humankind will learn to move individuals’ minds into cybernetic organisms, thus eliminating the limitations of biological bodies, and literally achieving immortality (National Geographic). The ground for such transcending is already being prepared by the research on robotics, nanotechnologies, artificial intelligence, bioengineering, and genetics.

Another trend typical in the modern world is the intense pollution of the environment. Ecological disasters happen too often, and their consequences are severe. Radioactive wastes, acid rains, carbon dioxide and greenhouse gases, freon, and other human-made factors may result in our planet turning into a desolated desert in about a hundred years. It is unlikely that our civilization will manage to change its way of functioning and exploiting Earth’s resources, so the most obvious option for the future is the constant struggle of humankind with the consequences of its own functioning. Technologies will be aimed at cleansing the atmosphere, decontaminating soil, and adjusting the ecosystem to the conditions when most species on the planet become extinct. On the other hand, emerging branches of futurism claim that we could already be using our technologies to clean up Earth and create sustainable energy models for the future (IO9). This scenario assumes that humankind gives up the idea of the texnotronical and cybernetic civilization, and follows the path of living in harmony with the environment. In this case, bioengineering and natural selection directed by humans would substitute as heavy industry and cybernetics.

The future is not predesigned. It is an extremely flexible, abstract conception shaped by what humanity does at the present moment. There are numerous variants of how the future can develop, but taking modern trends into consideration, it is logical to assume that it will be greatly influenced by today’s global computerization and ecological issues. Humankind will most likely evolve into creatures with huge heads and eyes, akin to aliens in Roswell-47 images, or even become immortal due to transporting the human mind into robotic and cybernetic organisms. Deteriorating ecology will either make people struggle for survival in the future, or seek ways to live in harmony with the environment.