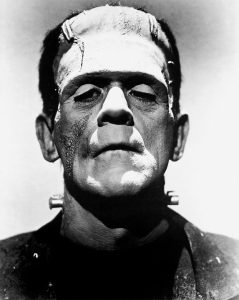 Frankenstein, a famous Gothic novel written by Mary Shelley that was published in 1818, is notorious for the debates it has stirred among academics and non-academics included. The reason behind these arguments is that the concepts behind the novel has a lot to do with creation, science, God, reincarnation, and many other heavy topics. However, it seems the most prominent theories revolved around the book involve the following ideas: science can only go far, actions have consequences, we should not play God, monsters are not born as monsters, and differences are to be celebrated.

Though Shelley was interested in and curious about science, she was said to dislike the idea of messing with the process of creation. In fact, according to Angela Wright, a professor in Romantic literature at the University of Sheffield, “There’s evidence that she was very conversant with the scientists of her day. But she believed in the sanctity of human life and knew the work of Lawrence and Abernethy, who were working in Edinburgh in the 1810s in dissection theatres, on the re-animation of corpses. [Her husband] Percy Shelley was also very interested in that” (Geoghegan, Tom). So, Frankenstein might have been Shelley’s way of demonstrating why messing with the natural process of creation is amoral.

Other than Shelley maybe wanting to point out that science should not deal with creation and death, the author might also have implied through her story that actions have consequences. Based on information from the website Frankenstein’s Troubles, “The creation of life becomes a huge responsibility as we can see Victor finds out almost immediately. Walton, who showed no signs of caring about his crews’ safety, is encouraged by Victor to keep following his current route to the icy arctic. Although Walton changes course to go back home, it was simply because the circumstances of his environment were against him” (“Themes”). There is a contrast here between selflessness and selfishness in responsibility, and the consequences of what we do.

The subtitle for the book is “The Modern Prometheus.” This is important in the context of what Shelley could have been wanting to explore through her book. As BBC News states, “According to Greek myth, Prometheus stole fire from the gods and gave it to man, and suffered eternal punishment. The sense that Frankenstein has pursued forbidden knowledge is further underlined by the references to Milton’s Paradise Lost, a work the creature reads and recites. His rejection by his creator can be seen as a second Fall of Man” (Geoghegan, Tom). Thus, Shelley maybe was inferring that we should not disrupt God’s wishes.

Another central theme in Frankenstein is the idea of who a monster is. According to the website Frankenstein’s Troubles, “He was born not a monster but turned into one as he was abandoned, kicked, shot, and stoned away from achieving his goals to be friendly. Victor’s selfish quest for knowledge led him to do many wrong doings. He was a grave robber and spent months playing with decaying body parts. After discovering the secret to life, he abandons his only creation and causes his whole family to be murdered. Who’s the monster now?” (“Themes”). This confusion allows for many readings, and this is one of the main reasons why the book has become so well-known.

And finally, a main concept Shelley may have wanted to get across is the idea of diversity. Yes, the monster looks different than regular people. Yet, he should have a voice of his own, be able to attain universal rights, and be able to function in society. However, as soon as his creator leaves due to his appearance, the monster was shunned and shut out from joining the populus. This neglect is why the monster became a terror—not because he was born a terror.

Frankenstein is a pivotal novel that is still read worldwide in classrooms and for enjoyment, despite it being written in 1818. It displays many themes, some of which are the limits of science, actions and consequences, playing God, nature versus nurture, and the respect for diversity. These concepts have driven the debate over this book for 200 years.