Textbooks versus Laptops in Education Process

The question of replacing students’ textbooks with individual laptops, or other similar gadgets, in an increasingly popular conception. Still, this is connected to a myriad of issues and peculiarities to be considered, and some scientists believe technological advancement makes such conundrums inevitable (Cavanaugh, 2006). As modern lifestyles become more efficient and more complicated, people seek ways to apply technology to mundane activities in order to simplify these tasks. According to Professor Brian Nejmeh (2012), the acquisition of knowledge needs to be in tandem with current technological trends. One of the spheres having the rifest debates about implementing technologies is education. Among several radical proposals concerning this question was a blanket ban on textbooks in favor of laptops, which resulted in controversy reaching its peak. 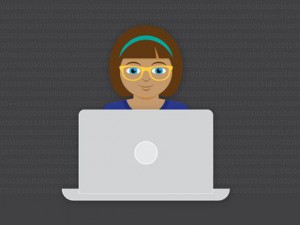 The general cost of buying a laptop and maintaining it is higher as compared to school textbooks. The digital text combination, inherent in laptops, is still a relatively new and expensive technology (Cavanaugh, 2006). Someday, in the future, its cost might lower significantly. As of now, though, not every student can afford to have a laptop. Presently, the most affordable way to gradually slash costs is creating CDs of textbooks by publishers to be used in schools. This could also eliminate the need for paper, and lower printing expenses. This would also be a boon to environmental preservation.

The other important issue linked to the usage of laptops at school, instead of textbooks, is that reading long expanses of text on a screen can be harmful for students’ health (Johnstone, 2003). Bright lights and digital text affect the eyes in a negative way, making students unable to study for extended periods. This disrupts study sessions in schools, leading to inadequacies in lessons and private studies. Besides, laptops possess a serious drawback—they cannot be used for long periods of time, as they consume copious amounts of energy, so that batteries discharge in a couple of hours. Thus, a student often depends on energy sockets. On the other hand, laptops increase students’ interactivity, as they are considered more interesting in learning than textbooks. According to Nejmeh (2012), the reflection of bright lights from textbooks, under overhead lights, can cause eyestrain.

In the modern world, students living in developed countries are familiar with the latest technologies and using computers has already become a part of their lives, and this helps them when they join the job market (Johnstone, 2003). The availability of the Internet also makes the use of computers, seemingly, more interesting. However, laptops may pose a challenge to some students with regard to the ease of use, especially in economically-undeveloped countries. Computer literacy has improved over recent years, but novel software could be problematic for some pupils to purchase (Nejmeh, 2012). This can slacken or interrupt learning. Schools, therefore, are forced to employ extra tutors to eliminate the problem.

Recently, the number of schools approving the usage of technologies substituting paper textbooks has increased. The complete replacement of school textbooks with laptops seems destined to happen, despite some conspicuous disadvantages, such as the harmful effect of light on students’ eyes, high purchasing and maintenance costs, and sometimes additional expenses that deal with teaching students computer literacy. On the other hand, the initial high cost of purchasing laptops is neutralized by the elimination of paper and printing costs. The use of laptops fosters a constructivist approach to studying, which reduces the probability of students failing to complete their assignments.

Johnstone B. (2003) Never Mind the Laptops: Kids, Computers, and the Transformation of Learning. iUniverse, Lincoln, NE.