Teenagers see the world in a different way than adults usually do; their perception is sharper, and they eagerly embrace new experiences. However, due to various reasons, such as the false assurance in the stability of relationships, accidental pregnancy, cultural conditioning and other factors, teenage couples may make a decision to get married. And though teenage marriages are legal in almost all countries, they can be conjoined with a set of issues that require closer attention. 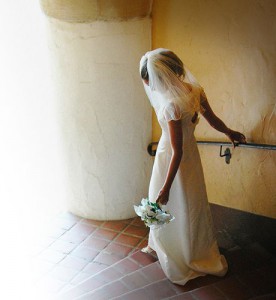 Marriage is not all about love, being in a relationship, and understanding; it also has a much more grounded side, which is finance. Whereas people who get married as an adult, after they already have a job and a separate place to live, teenagers are much more often dependent on their parents in the financial sphere. Adolescents are neither well-educated, nor experienced enough to get a well-paid job to support their own families; thus, they have to rely on their parents, who often have little opportunity to help their children financially (RelationshipStudies.edu). In addition, teenagers are less skilled in operating their finances; in relation to this, one should also consider that teenagers are one of the main target audiences in the modern consumerist culture. Stated succinctly, the number of material temptations teenagers are exposed is countless. As a result, an issue with money can easily become an overwhelming problem in a young family, thus ruining the relationship.

The situation can get even more difficult in case a teenage couple has a child. According to the statistics, accidental pregnancy is one of the leading reasons of teenage marriages (Marriage Issues). The lifelong task of raising a child can be a complicated decision even for a self-sufficient adult person, as it is a great responsibility that implies facing and solving financial, psychological, organizational, and other issues. At the same time, teenagers are less likely to be able to cope with these difficulties. Adolescents have to take care of another human being while being (to a certain degree) children themselves.

Being educated is a must for any person living in the West, as it is difficult to find a job without having a diploma—at least in the United States. At the same time, marriage (and to an even greater extent, pregnancy) is one of the main obstacles that prevent adolescents from graduating from schools. According to statistics, more than half of teen mothers never graduate from high school; this makes teen parenthood one of the leading reasons for young parents to drop out of school (Do Something). Assuming that education is not just a system of random facts collected from various scientific fields, but also communication, interaction, and gaining experience of living in society as a citizen, teenage parents deprive themselves of chances to obtain vital social skills; in its turn, it may become a negative factor when raising children.

Although teenage relationships and marriages have often been romanticized, and even though they are legal, still they can be an adverse choice for adolescent couples, due to the fact that marriage implies a higher degree of responsibility than an adolescent can take. Not to mention the difficulties conjoined with unintended pregnancy, teenage families have to face a number of financial problems, as they often have little or no chances to find a well-paid job to sustain their family. Besides, marriage and parenthood is one of the leading reasons for teenagers not to graduate from high school; this means that teenagers deprive themselves of a basic education and the necessary skills of socialization and interaction. In addition, according to the statistics, teenage marriages are prone to divorce 48% more often than those contracted while adults. Therefore, for teenagers, marriage is a decision to revise.