How Thoughts Affect an Individual’s Behaviour 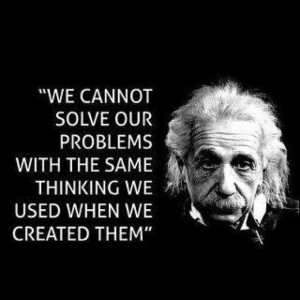 A thought can be generally defined as a mental phenomenon within the human mind that can affect an individual’s behavior to a significant extent. During thinking processes, stimuli is perceived either from an external environment, or from memories. This information is transmitted by senses and neurons, and the brain interprets and processes incoming data, comparing with past experiences or already-achieved knowledge. The output is the response given in terms of behavior.

A thought usually appears when certain data enters the brain and triggers observation and analysis. Processed data is stored in memory, and can be retrieved whenever needed. Unused memories are forgotten; however, this does not mean that they vanish—they are stored in more distant “regions” of the brain. According to Professors Mark Billingham and Sarah Ladbrook in the seminal textbook AQA Psychology, “Memory is not just where we store facts, but where we actively work on information held—even making plans for the future.”(1) This suggests certain thoughts appear not as a direct reaction to events, but derive from memory, which is the reason why the human mind thinks before doing an action. Sad memories or melancholic thoughts may make a person cry. At the same time, the brain can control thought processes and direct them; it can change thoughts as well, but it does not seem to stop the thinking process.

The other powerful source for thoughts is an external environment. People react to outer stimuli and respond appropriately. If the surrounding is unsafe, or the situation is stressful, humans tend to have fearful and negative thoughts. Thoughts result into emotions, and emotions strengthen thoughts. An individual may act irrationally; for example, he or she might scream, cry, or attack others. The other sort of reaction in regard to stress is a blackout, or sometimes even paralysis. In contrast, if the surrounding is safe or beneficial, people feel comfortable, and their thoughts become more serene, which also results in behavior. A calm person tends to be more friendly to their surrounding, and more helpful and pleasant in communication. In other words, people’s behavioral response in certain situations is affected by their thinking process.

According to Professor Matthew McKay, “Thoughts cause feelings, and many emotions you feel are preceded and caused by a thought, however abbreviated, fleeting, or unnoticed that thought may be.”(2) This shows the brain can sometimes produce positive and negative thoughts automatically, and with a speed so significant that individuals are often unable to trace their origins, and have to deal with emotions following them instead of paying attention to the thinking process. The famous psychoanalyst Sigmund Freud suggested that the unconscious brings out the hidden or repressed thoughts of the human mind. Ben Best, the director at the Cryogenics Institute, says that, “It may be that consciousness is only the tip of the iceberg of mental activity.”(3) The human mind works differently in consciousness and unconsciousness. Unconscious thought that is not inhibited may infiltrate consciousness and scare an individual with its irrationality. This may result into chaotic and panic behavior, excessive use of alcohol and drugs in an attempt to alleviate feelings, or even suicide. Thoughts that are not inhibited, but yet stay unnoticed, may cause panic attacks. Surprisingly, psychologists claim that the majority of modern people live with regular panic attacks. The first step in getting rid of them would be to recognize and accept all incoming thoughts, and then direct the thinking process in a constructive and beneficial way. Visiting a psychologist would also be a reasonable step.

The human mind is generating thoughts all the time. Thoughts can be based either on memories, realized or forgotten, or on external stimuli, and may affect an individual’s behavior, changing it significantly. A massive layer of psyche that affects human behavior is called the unconscious, which may generate thoughts an individual will treat as unacceptable. They can make efforts to get rid of them, but the only alternative is to pay extra attention to the thinking process, and visit a competent specialist.

Freud, Sigmund, J. Moussaieff Masson, and A. A. Brill. The Interpretation of Dreams: The Illustrated Edition. New York: Sterling, 2010. Print.