Why Are TV Shows So Addictive? 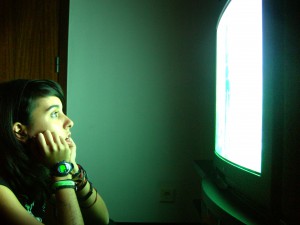 Living in the epoch of information implies that people regularly consume enormous volumes of information. According to research, every two days, the current world civilization produces as much information as it did before the year 2003 (TechCrunch). Respectively, in such a world, entertainment must, to a certain degree, relate to informational products. People enjoy numerous digital means to entertain themselves: video games, television, YouTube clips, and so on. Among the most popular means of entertainment, one could name TV shows. Today, they have become something more than just regular soap operas; many people tend to get addicted to their favorite TV series. Therefore, a need to reveal the reasons standing behind such an addiction arises.

If you have watched at least one famous TV show released in the 2000s, you must have noticed that their main protagonists are completely different to the main characters from Hollywood movies. Unlike their clearly drawn, perfect, and convex counterparts from cinema blockbusters, characters of TV shows usually display more complex and diverse personalities. Gregory House, Sherlock Holmes (in the BBC TV show), Walter White, Cal Lightman, and many other of their “colleagues” can be called a new type of TV personality. They are intelligent, smart, and definitely not one-sided, positive characters. On the contrary, they have their own problems and traumas, skeletons in the closet, negative traits, and habits (such as drug addiction, gambling, or misanthropy); this fact makes the audience believe they are observing the lives of not TV puppets, but of real people. Sometimes they can even draw parallels between themselves and their favorite characters, which definitely contributes to these characters’ popularity.

Another factor making a TV series addictive for their audience is that unlike many blockbusters, comedies, action movies, and other Hollywood productions, TV shows describe situations that can potentially occur in real life. A terminally ill chemistry teacher starts to produce and sell drugs, as he has nothing to lose; a misanthropic doctor suffering from constant pain becomes addicted to his painkillers; a detached, self-absorbed, and intelligent man cannot find a common language with the people around him—these, as well as many other situations depicted in popular TV series can easily take place in real life, which makes TV shows more interesting to watch (Expert This).

Yet another factor of manipulating audiences’ attention and making it crave new episodes is that the directors of the TV series often cut episodes during the most intriguing moments (Stay Alert). Even if the main plot of an episode comes to its logical end, there is always a false bottom, another block of unsolved conflicts, hints, semantic innuendo (for example, in Lie to Me), that makes the audience want to know what happens next. Or, the directors break a longer plot into parts, dividing them between several episodes; if one does not want to miss an important piece of a story, they have to watch every new episode.

TV shows have become extremely popular recently. Among many other means of entertainment available in the modern digital era, TV shows influence their audiences in several ways, making them sometimes addicted to watching them. One of the reasons why they are addicting is that they depict realistic characters who are easy to associate with and who possess complex personalities. TV series also describe situations that can take place in real life, and thus are more interesting to watch than movies. Also, directors often divide the plot between numerous episodes, so that their audience has to watch every new episode.