Why Our Ancestors Started to Walk on Two Feet 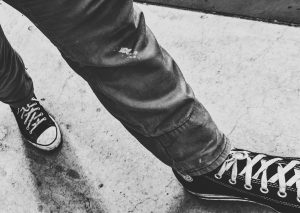 Around six million years ago, our ancestors began to walk on two feet instead of traveling on four feet. Bipedalism, the act of moving about on two rear limbs or legs, has been seen in various species throughout evolution. Did it make those species smarter? Apparently not. However, in this essay, the task will be exploring the various reasons why our ancestors started being bipedal beings instead of the usual four-limbed walkers. The most accepted theory is that climate change prompted our early selves to stand up to see beyond the tall grass of the savanna for predators, to run away faster from attackers, and also to walk further distances easier. Another theory suggests that we initiated the process of being bipedal in order to walk between trees easier and to collect food in treetops with greater ease, such as orangutans sometimes do. And yet other theories suggest that walking on two legs came about because new hunting strategies, and also an evolutionary adaptation to dealing with African heat.

Going into detail about the dominant theory of why we became bipedal, climate seems like the most reasonable factor at this point. According to the BBC, “Bipedalism made more sense in an environment where trees were rare. Standing up allows you to see over long grass to scan for predators and prey. The ancestral humans who were best at standing would have been more likely to survive and pass on their genes, so it is easy to imagine how natural selection could have resulted in a gradual shift from simply standing up briefly to permanently moving around in an upright posture” (Gray, Richard). However, this theory has issues, as the climate changed dramatically in Africa over the course of eons. Though savannas were created, they sometimes reverted back into forested areas. It is possible that our ancestors started to walk on two legs and never looked back, despite climate change transforming the landscape over time again into a lush forest and back into a savanna.

Another theory posits that we started to walk on two legs in trees, much like our cousins, the orangutan. According to a report called Origin of Human Bipedalism As an Adaptation for Locomotion on Flexible Branches, “Orangutans react to branch flexibility like humans running on springy tracks, by increasing knee and hip extension, whereas all other primatesdothe reverse. Human bipedalism is thus less an innovation than an exploitation of a locomotor behavior retained from the common great ape ancestor” (Thorpe, S. K. S., et al.). So, this theory says that being bipedal is a much more ancient practice than we commonly think, and that its use started due to our ancestors vying for more ways to gather food and to traverse the forest canopy.

Though our ancestors did not start hunting with weapons until much after we started to walk on two feet, some researchers say that is one of the main reasons we took to being bipedal more readily. Though this theory was adopted by Charles Darwin initially, it has been proved to be a probable part of the process of humans becoming bipedal. For sure, standing and walking on two feet lends itself to more flexibility and ability to throw weapons at predators or prey (Gray, Richard).

Finally, some theories point to adapting to heat as one of the reasons we started to walk on our hind legs. Stated by a report named Human locomotion and heat loss: an evolutionary perspective, “…because bipedal hominins are necessarily slow runners, early hominins in open habitats likely benefited from improved abilities to dump heat in order to forage safely during times of peak heat when predators were unable to hunt them. Endurance running capabilities evolved later, probably as adaptations for scavenging and then hunting. If so, then there would have been strong selection for heat-loss mechanisms, especially sweating, to persistence hunt, in which hunters combine endurance running and tracking to drive their prey into hyperthermia” (Lieberman, D.E.). Thus, our ancient ancestors developed mechanisms to reduce physical heat to survive and perform tasks more efficiently.

Looking at all of these reasons, it is not difficult to assume that it was perhaps a combination of these factors that made our prehistoric selves stand upright. Besides climate change, wanting to traverse treetops with greater ease, new hunting strategies, and heat adaptation, there might be numerous other major reasons to consider. We may never know for sure, but we do know that becoming bipedal aided us in evolving into who we are today.