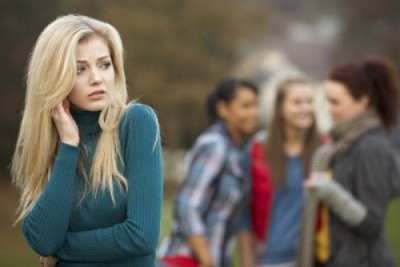 People are exposed to huge amounts of stress each day. Problems at work, dysfunctional relationships, insurance issues, taxes, children’s misbehavior, and so on—these typical misfortunes can upset anyone. However, there is a psychological problem that can make one’s life excessively complicated even on its own, without adding up the aforementioned factors. This problem is social anxiety; unfortunately, the modern world is permeated with these factors, which contribute to the development of this psychological disorder.

Although the environment we live in definitely has an effect on how people feel, it is important to consider the biological factors leading to social anxiety disorder (SAD). In particular, biologists believe SAD is related to a dysfunction of brain circuits responsible for regulating emotions and the “fight or flight” response center (WebMD). There is a brain structure called the amygdala; it is known to play a role in controlling the fear response. If a person has an overactive amygdala, they often display an excessive “fear” type of emotional response; therefore, whenever a situation occurs that can be interpreted as even slightly uncomfortable, a person with SAD will overreact in terms of fear (Mayo Clinic). In addition, genetic factors should also be considered when studying the causes of SAD, because social anxiety may occur when it was also present in a first-degree relative: parent, sibling, or child.

Another significant group of factors responsible for the development of SAD is a group of environmental factors, including psychological climates. The first social interactions people make in their lives are usually connected to parents; from them, people learn basic social rules, what is acceptable and what is not, how it is like to be loved and to be ignored, and so on. Based on what happened in their childhood, people construct their personal systems of beliefs, including assumptions on what other people think about them. Commonly, if a child is loved and respected by parents, he or she later assumes that other people treat them in the same way; however, if a child is often criticized, it prevents him or her from developing a sense of personal value, and for such people, it is more difficult to become socially confident (Overcoming).

In addition, the way parents deal with different life situations also influences children’s personality. According to Cheryl Carmin, a psychiatrist and director of the clinical psychology training program at the Ohio State University Wexner Medical Center, parents are often responsible for developing social anxiety in a child. “A parent or a significant adult figure may model that it’s appropriate to be anxious in situations where your performance will be evaluated […]. For example, a parent who is commenting on being nervous about a performance review or who tells their child to not be anxious before their first “show and tell” may be priming the child to, in fact, be anxious in that situation. It’s also quite possible that any number of these factors interact,” says Dr. Carmin (Live Science).

The reasons why people develop social anxiety are different, but generally they can be divided into two categories: biological and environmental. A biological group of reasons includes dysfunctions in brain work, as well as excessive “fight or flight” reactions. Environmental factors include psychological influences caused by parents on their children, as well as the models that parents provide in the form of teaching their children consciously or unconsciously.