The Beneficial Effects of Music 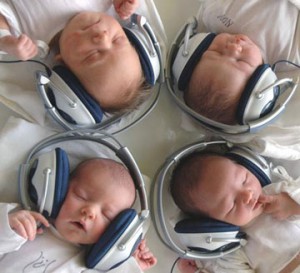 Music is a form of art which has accompanied humankind since the origins of our species. Starting from the early primitive instruments used by our cave-dwelling ancestors, and ending up with modern synthesizers and computer programs that create new musical sounds, human beings have constantly tried to surround themselves with music. It gradually became more complex, as well as the instruments on which it was performed. Research has shown that music can positively impact plants and animals, and scientists discovered that it can also provide beneficial effects to human health; today, music therapy is a popular and effective way of treating psychological disorders. So, what are the positive effects of music on the human brain and human health?

Music can decrease the risks of heart attack and stroke. Music has been found to lower blood pressure; changes in the “autonomic” nervous system, such as breathing and heart rate can also be altered by music (Tryon Daily Bulletin). This helps to create a so-called “relaxation response,” which counteracts the damaging effects of chronic stress. Music contributes to the release of endorphins, which are protein molecules produced by the nervous system that works with sedative receptors in the brain. They improve mood, boost the immune system, reduce eating disorder symptoms, and help fight cancer. In this respect, music has powerful positive effects on the functioning of the human body.

Music also affects the way our brain functions. It is reported that easy-listening and classical music improves the duration and intensity of concentration in all age groups and ability levels (eMed Expert). At the same time, another research study has shown that music with a strong beat stimulates brain waves to resonate with them. In other words, the faster the beat is, the sharper concentration becomes, and thinking becomes more alert (Tryon Daily Bulletin). Listening to music also helps people recall information; certain types of music can serve as strong “keys,” supposedly forming a strong connection between emotions they evoke and the information, which can be recalled much easier during playing back the song which was being played during the process of learning (eMed Expert).

Music also performs several social functions, which are usually omitted when talking about its effects. Music today is an extremely popular and available form of entertainment; people of all ages attend concerts of their favorite bands and singers, and share the same positive emotions there. However, they can share the same emotions in everyday life; simply talking about music, even if the interlocutors have just met and have different preferences, can help them establish communication faster and easier. Youth are often grouped in fan-clubs and subcultures, which also helps young people to socialize.

Music is one of the most ancient forms of art, and one of the most beneficial for human beings as well. Music deals powerful, positive effects on the human body, reducing risks of heart diseases, cancers, enhancing the immune system, and reducing chronic stress. It also helps our brain function better by increasing its cognitive abilities, attention, memory, and concentration. In addition, music is a factor of socialization and facilitates establishing communication with unfamiliar people and socialization.