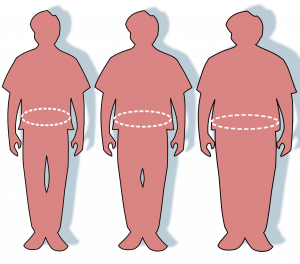 Despite global poverty, there is also global obesity. This demonstrates the imbalance the world is in now. Obesity is a dangerous condition, as it leads to early death, heart issues, and other medical problems. Being obese also is harmful to one’s self-esteem and sense of self in general. In the world today, there are about two billion overweight individuals, and this number keeps growing (CNN). Let us take a look at the most obese countries in the world and uncover why these countries stand out in the obesity epidemic.

Contrary to popular opinion, the United States is not the most obese country in the world. In fact, the U.S. is only the 12th most obese country in the world. The country with the highest rate of obesity in the world is Nauru, which is a tiny island close to Australia. According to WorldAtlas, “topping the list are small Pacific Island nations such as Samoa, Tonga and Kiribati, to name a few. Approximately four of every five citizens of these countries are obese or overweight. The reason is almost all of the food these island nations are imported and therefore expensive, but fast-food chains offer a cheap and convenient alternative” (Dillinger, Jessica). Besides the food choices of the citizens of these islands, the environment on these islands are conducive for relaxation. This makes exercise and doing hard work less preferable.

The countries next in line after islands are Middle Eastern countries. The WorldAtlas states that “75 percent of these countries’ population is overweight and well over a third is considered obese. With scorching hot temperatures of up to 40 degree Celsius, regular ‘natural’ exercise such as walking is not common with an increasing embrace for western fast food restaurants in recent years. Traditionally, people often share large community platters, making it difficult keep track of portion size” (Dillinger, Jessica). In addition, many wealthy native people of Middle Eastern countries have others work for them, while they own companies and lands. This lack of movement makes them gain more weight.

Jammed between the Middle Eastern countries on the list is the United States. The reason for the United States being high on the obesity list is a complex of factors. As Walter Willett, chair of the department of nutrition at the Harvard School of Public Health, states, “Part of this is due to lower incomes and education, which result in purchases of cheap foods that are high in refined starch and sugar. More deeply, this also reflects lower public investment in education, public transportation, and recreational facilities. The bottom line: cheap, unhealthy foods mixed with a sedentary lifestyle has made obesity the new normal in America” (U.S. News & World Report). And what is interesting is that the American lifestyle has seeped into the countries that are on the top of the list of the most obese countries. So, in fact, they have outdone America in its own habits to become more obese than America.

Obesity is a global catastrophe, and island nations, the Middle East, and the U.S. spearhead this issue. The lack of access to quality food, a lack of exercise, and a lack of education about health all contribute to obesity. According to the statistics, obesity rates are continuing to rise. What will stop this conundrum? Only time will tell.

Dillinger, Jessica. “The Most Obese Countries In The World.” WorldAtlas, 2 Nov. 2015, www.worldatlas.com/articles/29-most-obese-countries-in-the-world.html.

Senthilingam, Meera. “Why Are These Countries the Most Obese?” CNN, Cable News Network, 31 July 2017, edition.cnn.com/2017/07/14/health/why-countries-are-obese-culture-exercise-diet/index.html.