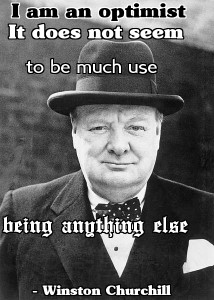 More than 60 years have passed since the time when American priest and theologian Norman Peale had offered his famous theory of positive thinking. Though it was heavily criticized by the psychiatric community, Peale’s book describing this theory has become extremely popular all around the world, and has been reported to cause intense positive changes in the lives of those who read it. Since then, many philosophers and writers approached the topic of positive thinking; the reason of their theories’ popularity is that they often offer a real alternative to the common and regular way of thinking. As thinking changes, an individual’s behavior and habits change as well, affecting their lifestyle. Below are listed several effects that can be caused by a change in one’s thinking paradigm.

Though many people think that positive thinking is mostly about keeping one’s head in the sand and ignoring daily problems, trying to look optimistic, in reality it has more to do with the way an individual talks to themselves. Self-talk is a constant stream of thoughts, often unconscious and negative about certain events, phenomena, people, or even the person themselves. Negative self-talk undermines self-confidence and decreases self-esteem. On the other hand, positive thinking can help to stop negative self-talks and start to consciously form a positive view on an issue. People who regularly practice positive thinking tend to solve problems more effectively, they are less exposed to stress caused by outer factors, and believe in themselves and in what they do.

Positive thinking has several beneficial effects on the body and its condition of health. People who think positively demonstrate increased life spans, lower rates of depression and distress, better physical and psychological well-being, reduced risks of death from cardiovascular diseases, and other attributes (Mayo Clinic).

Positive thinking also contributes to our ability to cope with problems and hardships, and to remain sane and confident in difficult situations. For example, researchers have found that in the case of a crisis accompanied by strong emotions, such as a terroristic attack or a natural disaster, positive thinking can provide a sort of buffer against depression and distress (About.com). Resilient people who think positively tend to treat every problem as a challenge, a chance for improvement of any kind, or as an opportunity for personal growth. On the other hand, pessimists tend to perceive problems as a source of additional stress, and often feel discouraged way before trying to solve the problem, even if the issue is insignificant.

Positive thinking is a powerful tool for coping with hardships and improving the quality of one’s life. It has nothing to do with ignorant optimism, when an individual refuses to notice a problem; positive thinking is a kind of self-talk. Thinking in a positive, self-encouraging way has numerous effects on human psychological and physical health. It also makes people who practice it less prone to stress, and allows them to cope with problems more effectively, and without severe emotional discomfort.