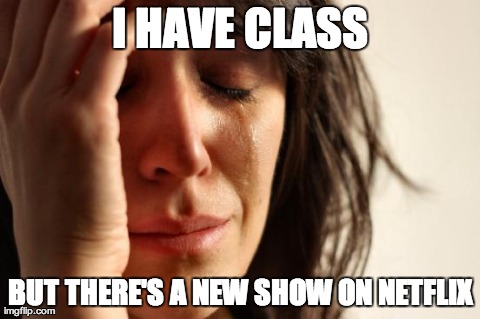 The times when parents were responsible for their children’s academic accomplishments—and students themselves—seem to have gone. Nowadays, many people believe it is the high school administration, teachers, and the government that are responsible for students getting good grades. Before, when you got an F, your parents would blame you; today, they would rather go to your school and demand your teacher to give you a better grade. Such an approach leads to irresponsible behavior: students careless about their grades and start skipping classes, considering them to be boring. And although there is seemingly nothing wrong with skipping a boring class you think you would not need in future, in fact doing so has a number of negative impacts on your future.

To start with, parents of a student who skips school lose huge amounts of money (given that it is not the student who pays for studying). In the United States, free education is a rare privilege; every single class skipped is worth a certain amount of money. Whether a student studies at high school, college, or university, it does not matter—the average cost of a skipped class is in the range between $50 to $100 (IFR). If a student chooses to skip classes regularly, it will cost him or her or his or her parents a lot of money annually, without getting the result: education and knowledge.

The likeliness to get lower grades when skipped classes is another consequence. Whereas those who stay in class obtain at least some knowledge, even if they are not bright, a person who skips classes is at higher risks of obtaining no knowledge at all. Besides, teachers may have a bias toward such a student, and will treat him or her unfairly even though this person might be bright and studied the subject on his or her own. Needless to say, this situation can lead to a failure during exams or getting expelled from an educational institution (FRI).

According to research, only five absences is usually enough for a student’s academic performance to drop. Five more absences would most likely lead to a decreased chance to graduate a particular educational institution: on average, skippers are about 20% less likely to successfully graduate. If a student studies at high school, he or she has a 25% less chance to enter any type of higher education institution. They are also 2.5 times more likely to have to live on welfare compared to their more disciplined peers (Middle Earth).

Skipping classes has yet another not-so-obvious consequence: a student is more likely to become engaged in activities that neither the American society nor the legislative system would approve. Skipping classes does not always imply staying at home; more likely, a student would spend their time outdoors, and chances to get involved in antisocial behavior (substance abuse, shoplifting, gambling, and so on) increase. No need to say it can cause a person to enter prison eventually.

Skipping classes is not so harmless as it might seem. It is a direct waste of money for all those who have to pay for the education—and such people are the majority. Students who skip classes are more likely to get lower grades and face a biased attitude from their teachers; moreover, they have lower chances to successfully graduate, and enroll in a college—of any type. Such students are also more likely to live on welfare, and get engaged in antisocial behavior. Therefore, this problem should be treated with all possible attention from teachers, parents, and authorities.