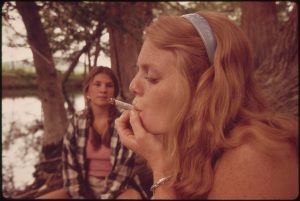 Teenagers are renowned for being curious about the world around them and wanting to discover new activities. It is not surprising that addictive and destructive substances such as drugs would attract teengers’ attention. But why exactly do they strive to try these substances when they know it can be potentially harmful? Teenagers often try drugs due to stress, peer pressure, self-medication, misinformation, and easy access.

Everyone gets stressed to some degree, but being a teenager might be the most stress-inducing time in one’s life. In order to relieve this tension, teenagers often vie for the consumption of drugs. According to the Casa Palmera Treatment Center, “A recent study by the Partnership for a Drug-Free America showed that 73 percent of teens report the number-one reason for using drugs is to deal with the pressures and stress of school. Surprisingly, only 7 percent of parents believe that teens might use drugs to cope with stress, showing parents severely underestimate the impact of stress on their teens’ decision to use drugs” (Casa Palmera). It appears that parents and teachers often do not think that teenagers can be stressed enough to be prompted to take drugs. However, research has proven otherwise.

Peer pressure is more known than stress as a cause of teenagers taking drugs. It is usually thought of first between parents when trying to understand why their children consume strange substances. According to the National Institute on Drug Abuse, “The desire to impress your friends may override your fear of taking risks. This could also apply to deciding whether to try drugs or alcohol—your decision might be influenced by who’s around and if you think they’d be impressed” (“Why Does Peer Pressure Influence Teens To Try Drugs?”). Wanting to fit in and show off to your friends are powerful drivers when it comes to taking drugs. Teenagers strive to find a place in their society, and doing drugs is seen as an avenue to achieve that.

Getting proper medical and psychiatric care for teenagers is not easy, and a lot of these individuals do not want to talk to their parents about their problems. Therefore, a lot of teenagers treat taking drugs as self-medication. According ScienceDaily, “Research shows that some teens are using drugs to alleviate feelings of depression (“self-medicating”), when in fact, using marijuana can compound the problem. The report, released to coincide with May’s Mental Health Awareness Month, shows a staggering two million teens felt depressed at some point during the past year, and depressed teens are more than twice as likely as non-depressed teens to have used marijuana during that same period. Depressed teens are also almost twice as likely to have used illicit drugs as non-depressed teens” (“Teen ‘Self Medication’ For Depression Leads To More Serious Mental Illness, New Report Reveals”). So, teenagers with depression often are faced with the choice of confronting parents about their state, or trying to self-medicate themselves through drugs. They often choose the more secretive way of dealing with their issues.

In addition to self-medicating themselves, teenagers see drugs in a brighter light than adults in general. They often do not understand or comprehend how dangerous drugs can be. According to the Casa Palmera Treatment Center, “Many teens, 41 percent to be exact, mistakenly believe that it’s safer to abuse a prescription drug than it is to use illegal drugs. Nearly 1 in 5 teens have already abused a prescription medication or prescription painkiller in order to get high or deal with stress” (Casa Palmera). This misinformation leads to an increase in the likelihood of a teenager trying harmful substances.

With marijuana and other drugs becoming easier to obtain, the rate at which teenagers can get hold of these substances is higher. According to Heath24, “Overall, teens who had alcohol and illegal drugs available to them started drinking and using drugs at a younger age, and used more alcohol and drugs in their 20s” (“Easy Access to Drugs and Booze Ups Teens’ Addiction Risk”). These statistics show a clear connection between ease of access and getting addicted to drugs.

Teenagers and drugs have a close relationship because of several factors. Stress, peer pressure, self-medication, misinformation, and easy access all make drugs appealing to this demographic. The only thing we can do is properly educate teenagers on the risks of drugs and have parental figures open themselves up to these individuals in order to increase communication.

“Why Does Peer Pressure Influence Teens To Try Drugs?” NIDA for Teens, teens.drugabuse.gov/blog/post/why-does-peer-pressure-influence-teens-try-drugs.

cause and effect essay sample, drugs
3.1/5