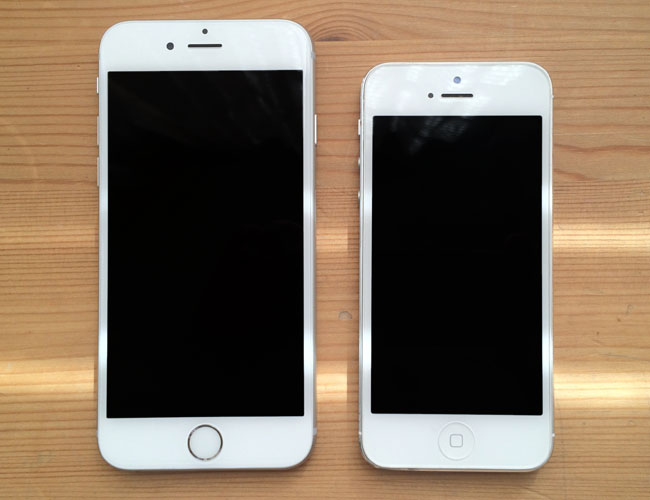 The hype around Apple products seems neverending. The company’s announcement of a new product collects millions of views; people stand lines in front of Apple stores to get a new gadget—just to come at the same place twelve months later, longing for a new product. Among the company’s recent novelties is the iPhone 6—a newer and more advanced version of the most popular phone in the world. However, the previous model—iPhone 5s—seemed to have been satisfying people’s needs fine as well. So, what is the difference? Is the iPhone 6 worth spending extra money on it?

The most obvious difference is that the new iPhone has got a bigger and wider display—it is now 4.7 inches in diagonal, compared to the 4 inches that its predecessor possessed. The new model has a larger resolution, which is 1334 x 750. The technology used in the screen is called “Retina HD,” and is known to be one of the best (if not the best) screen technologies, allowing to transfer deep, saturated, and realistic colors. iPhone 5s had nothing like that in its arsenal. Both phones have strengthened glass covering the display, but the 6th model also possesses an improved polarizer.

The overall design has not changed much, putting aside the fact that the iPhone 6 is bigger. It is thinner (6.8mm thick, compared to the 7.9mm of the previous model), and slightly lighter; the differences are so subtle, however, that they are not worth mentioning. Both models are made of aluminium, and have the distinctive round button at the bottom. Currently, hundreds of tech observers bend over themselves trying to prove that iPhone 6 is much more comfortable to use, that it fits a hand of an average person perfectly, and so on. However, all these observers are probably male. iPhone 5s, although having a smaller screen, fits hands of women and teenagers, whereas the new model reminds of a shovel, or of an average Samsung phone: okay to use if you are a man with a large hand, but not comfortable for women.

The hardware differences between iPhone 5s and iPhone 6 are also not obvious to a normal user (given that this user is not a tech nerd). iPhone 6 uses a 64-bit Apple A8 dual-core, whereas the older model has the A7 one. Both models have 1GB RAM on board. iPhone 6 also has an M8 co-processor (M7 co-processor in the iPhone 5s). Both models work fine with iOS 8. Both cameras are traditionally perfect for semi-professional use. iPhone 6 works about 10 hours in talk mode, and this result is a little bit better than the previous model with 8 hours of battery life on talk mode.

Both phones are high-quality products, able to satisfy the needs of anyone who uses them. If you are not a geek who cares about processor frequencies, or a designer who has the eye to distinguish all the CMYK color range, there is no need for you to update from your iPhone 5s.