Renaissance and Neoclassicism are two major periods in the history of art, during which different forms of art including architecture, painting, music, and visual arts significantly progressed. During these eras, many artists gained enormous fame as a result of the masterpieces they produced, reflecting how the ideologies and artistic philosophies evolved during that time. This essay compares and contrasts these two art periods with respect to the major works created by prominent artists. In this regard, the masterpiece David, created by Michelangelo has been compared with Antonio Canova’s statue Psyche Revived by Cupid’s Kiss. Both of these works reflect the artistic progression of their ages. David represents Renaissance art by reflecting the political situation of that time, whereas Psyche Revised by Cupid’s Kiss depicts the artist’s focus on classical Greek and Roman styles. 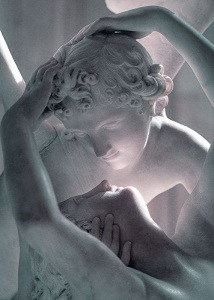 The Renaissance Era refers to a period of rebirth in art. It was a cultural movement that took place between the classical and modern periods of art (Johnson, 2005). During this phase, there were significant developments occurring within different art forms. The artists widely reflected the culture, social conditions, and political structure of their societies. They went beyond the boundaries of classical art, and created art with unconventional ideas, and depicted the political and social conditions of their societies (Earls, 1987).

Neoclassicism, also called the Era of Enlightenment, is the period after the Renaissance, during which artists mainly focused on exploring and recreating classical art, especially Greek and Roman styles. During this period, the artists widely emphasized reviving the classic antiquity that highly inspired the art pieces created during this period. It was in reaction to peoples’ opposition to Romanticism (Bietoletti, 2009).

There are some renowned artists who made major contributions in the emergence and development of Renaissance art. For instance, Michelangelo is a notable name in the history of art, playing a vital role in the fruition of Renaissance art. He was an Italian painter, sculptor, and poet who adopted several unconventional styles of art and significantly contributed towards the progress of western art during this period. He introduced versatility within the art forms, and created several masterpieces that truly represent Renaissance art by depicting certain social, cultural, and political issues.

An important creation of Michelangelo’s during the Renaissance phase was the marble statue of a nude standing male named David. The statue was made to represent the biblical hero David who was one of the most favored subjects within Florentine art. The statue David depicts the political situation of the country. With a warning glare in the eye turned toward Rome, the statue symbolizes the defense of the civil liberty of the Florentine Republic that was threatened by the surrounding powerful states during that time. The statue is an excellent and renowned example of the Renaissance Era because it reflects the political and social conditions of that time.

The Neoclassicism Era also gave birth to many exemplary artists (Chilvers, 2004), including Antonio Canova, who was an Italian sculptor from the Republic of Venice. His art pieces indicate the return of art towards classical refinement. His statue Psyche Revised by Cupid Kiss is an important example of neoclassical devotion to love and reflection of intricate emotions. The statue shows the love god Cupid at the heights of tenderness and affection, kissing the lifeless Psyche to make it alive. The statue reflects the Roman style of portraying delicate emotions within art, for which it has been regarded as an example of the Neoclassical Movement.