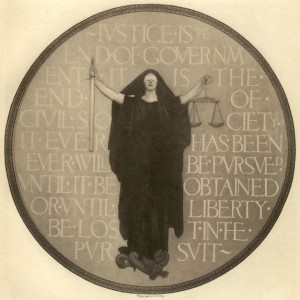 Individuals are different in terms of their opportunities, physical and mental capabilities, financial and social statuses, and by other criteria. At the same time, most people live in societies—therefore norms regulating interactions and behavior in societies were developed. Historically, these norms were often beneficial for the few privileged members of a society, while other people had to deal with mistreatment and violations. This is where the concept of justice comes in. Philosophers were looking for a form of rule, or for a social organization that would embrace and satisfy the interests of all members of a society. Some of these philosophers—such as Plato, for example—saw justice in public ownership of all goods produced within a community; others believed an access to goods should be provided in accordance to the contribution a person had made to social affairs. It may seem paradoxical, but even now the concept and the understanding of justice is debated.

According to Dictionary.com, justice is synonymous to such concepts as righteousness, lawfulness, and equality. As an ethical category, justice can be defined as a principle of fairness, according to which similar cases should be treated alike, and a punishment should be proportionate to the offense; the same refers to rewards for achievements. The Merriam-Webster Online dictionary defines justice as an impartial adjustment of conflicting claims or the assignment of merited rewards or punishments; the establishment or determination of rights according to the rules of law or equity. As a broader meaning, justice is defined as a conformity to the ideal of just or right doing.

Justice in its legal and ethical perspective can be defined as acting according to the ideal of fair-doing recognized in a particular society, and treating a person or his or her doings in accordance to this ideal and state laws. At the same time, justice, law, and norms are not equivalent; for example, a punishment for a crime judged fairly according to the existing laws does not necessarily look fair in the eyes of public, as it was in Anders Breivik’s case. Breivik, the Norwegian terrorist who killed 77 people in July, 2011, was sentenced to 21 years of imprisonment (The New York Times), which is unfairly unequal to the scale of the crime he committed.

Referring to justice in its socioeconomic aspect, it is rather difficult to provide an unequivocal definition, as most of them are closely connected to various political and economic doctrines. Simply put, justice can be defined as a way of allocating and distributing material and intangible benefits (such as education, employment opportunities, access to political life) in a society in a way that does not infringe or insult any individual.

Justice is a concept which can be understood in different ways, especially in its socioeconomic perspective. Also, justice can be defined as acting according to the ideal of fair-doing recognized in a particular society, and treating a person or their doings in accordance to this ideal and state laws. In its economical aspect, justice is a way of distributing material and intangible goods in a way that does not insult anyone. As you can see, justice is multifaceted.