The Ineffectiveness and Unfairness of the Death Penalty 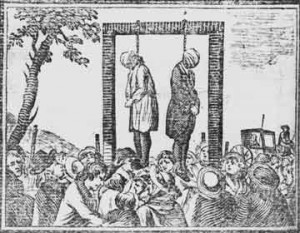 Crime and punishment are two categories that are almost always associated with one another. They have become subjects of numerous scientific research studies and literary works. Numerous philosophers have reflected on the relationship and proportionality of crime and punishment. These two categories can be compared as two bowls of the same scale. It is fine when they complement each other, but if they are skewed, it causes negative consequences. Among all possible punishments, the death penalty is the most extreme, and likely, the most ineffective and unfair type of punishment for any crime. However, there are many proponents with opposing viewpoints.

To begin with, capital punishment cannot be economically justified. At first glance, it may seem maintaining a life-term prisoner is more burdensome for taxpayers. However, according to Richard C. Dieter, the cost of a death penalty may amount to or even surpass the expenditures of handling less-severe punishments for similar cases. The imposition of capital punishment requires complicated and numerous trials which can take a great amount of time. During this period, the defendant remains incarcerated and his or her maintenance is paid for with taxpayers’ money. Additional pre-trial time is needed to impose a death sentence with the involvement law experts, attorneys, and additional trials (Dieter). All of these procedures require additional expenditures, which make a death trial a costly venture.

The second argument that speaks against the efficiency of the death penalty is its obvious immorality and contradiction to all norms of humanity and justice. Execution is, in a sense, a judicial murder. Murder definitely goes against the proclaimed values of human life, even if it involves the life of a murderer. Stated succinctly, the death penalty is meant to show killing is wrong, by killing a killer. This act is condoned by people who state the inadmissibility of taking away the life of a living being. Therefore, the role of the death penalty as a way of reducing violence in any society seems to be unconvincing.

Though it may be denied, racial and ethnic prejudices still function in modern societies. People are often guided with stereotypes when making decisions or assessing the behaviors of others, and jury members sometimes do not make any exceptions. According to the National Association for the Advancement of Colored People, 50 percent of American convicts on death row are African-Americans. Also, it is stated that between the years 2006 and 2011, 48 percent of the defendants in court cases where a death penalty was sought were African-Americans (NAACP). Xenophobic manifestations when holding a judicial decision are unfair by default, but they take on a special meaning when it comes to imposing a death sentence. In other words, if this kind of punishment is used mainly for a group of people who are different by racial and ethnic origins, it cannot be called a fair and efficient measure of punishment.

One of the most important functions of the judicial system is to punish criminals and to protect the innocent. However, mistakes happen and innocent people are sometimes wrongly accused, or the punishment they receive does not match the extent of their crimes. Here, another manifestation of the ineffectiveness of the death penalty can easily be seen. When actuated, it cannot be canceled or changed. When a person is executed, it does not matter whether the case is reviewed later and the executed is then found innocent. This fact significantly reduces the efficiency of the death penalty, because it appears to be a rigid and disproportionate measure.

In addition, there is no credible evidence that the death penalty is a judicial practice that helps reduce the number of crimes committed, compared to life imprisonment as a punishment. Sometimes, a life-term incarceration penalty may be even more of a deterrent for criminals than an execution, especially if state prison conditions are known to be harsh.