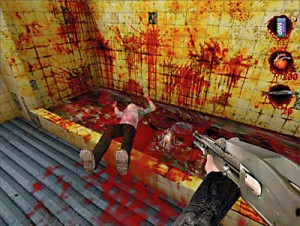 Video games are perhaps the most popular and widespread form of entertainment at present. Companies that develop video games earn billions of dollars and constantly invest in research aimed to make virtual reality look like reality. Their products become more and more sophisticated, and they attract a wide audience. However, despite all the joy that video games can bring to children and teenagers, who are the main target audiences of game developing companies, actively engaging in video games at such a young age can produce adverse effects.

The harm video games cause can be evaluated by several criteria, and the most obvious among them is the negative effects they can have on physical health. Though the proponents of video gaming claim first-person shooters and real-time strategies sharpen reflexes, increase concentration, and muscle coordination, in reality, teenagers who spend an ample amount of time playing games experience effects that are not so beneficial.

There is a possibility of the loss of sight. Spending hours on a computer or in front of a TV is one of the main causes of blurred vision among youth. In addition, sacrificing healthy physical activities in favor of video gaming may become a risk factor for obesity. Gamers often do not want to interrupt their playing for meals. They eat right in front of the monitor, and their rations often consist of products that can be easily cooked or eaten immediately, such as crisps, chocolate bars, crackers, or other fast foods. All this definitely does not contribute to the proper and healthy development of a young, growing body.

Mental health can also be affected by engaging in video games at a young age. This suggests addiction and inappropriate behavior. It is a well-known fact that many gamers (especially fans of online games) suffer from addiction, which is no less serious than narcomania or alcoholism. For instance, in August 2005, a report surfaced about the death of a 28-year-old South Korean gamer who had spent 50 hours playing a real-time strategy game (BBC). For another significant example, one needs to look no further than July 2012, when a Taiwanese teenager fatally collapsed after a 40-hour game session (Crawley). Cases like these are quite numerous and happen all around the world. They make additional arguments to the negative evaluation of video games as an activity which brings harm to young people.

In its turn, inappropriate behavior can be caused by violence in video games. According to research, children and teenagers who play violent video games tend to be more aggressive. They confront their teachers and peers more often and display a decline in academic achievements. Such psychological deviations also do not implicate video games as a constructive and useful occupation for young people (Crane).

Individuals who spend excessive hours playing video games may lack the capability to distinguish between reality from fantasies. Video games often offer simplified and conditional models of environments, relationships, friendships, and rivalries. Gamers use these models to learn to interact with the world around them, and they often lack skills that would be developed by real-life experience instead of the simulation (Crane). Therefore, it can be implied that another negative effect caused by video games is the inability of social adaptation on the part of the gamer.

It can be concluded that video games are a form of entertainment which is not suitable for children and teenagers. This assessment is based on a number of negative consequences that excessive video gaming causes. Young people who spend an inexplicable sum of hours playing video games are observed to be prone to sight loss and obesity. In addition, they tend to be more aggressive than their peers who do not play video games, and they experience difficulties with social adaptation. Also, video games can lead to addictions that are no less serious than alcoholism or narcomania, as evidenced in recent media stories reporting on deaths among inveterate video gamers. This collection of facts contributes to the negative evaluation of video games as an unwholesome activity for children and teenagers.