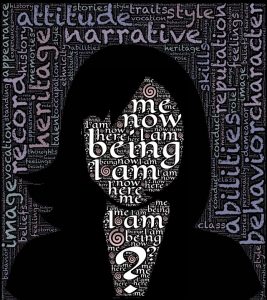 We often think of ourselves as our body, mind, and emotions. We take these three elements and make an amalgamation. However, we also often talk about a person’s soul. Is there any scientific basis for the soul? Surprisingly, there is. Each unique personality a person has (even in circumstances of amnesia and other illnesses), the feeling and identity of the self beyond age (especially experienced as we grow older), and our inevitable subjective experience as an individual comprise a scientific foundation for the soul.

Despite neuroplasticity, or the constant shift in the links between our brain cells, we remain essentially the same personality. This consistency is most stark in the case of mentally ill patients or people who have experienced memory loss. According to Scientific American:

In his book The Perpetual Now: A Story of Amnesia, Memory and Love, science journalist Michael Lemonick tells the story of Lonni Sue, a commercial artist who suffered brain damage as a result of a viral infection. She was left unable to recall her past or to form new memories. Hence the book’s title. Lemonick assumed that Lonni Sue, when she lost her memories, lost her self. Because what are we but our memories? But once he got to know Lonni Sue, as well as people who knew her before and after her injury, Lemonick discovered that her self had not been destroyed. She was still cheerful in a way that made people around her feel better, and she was still creative and playful, drawing pictures crammed with visual and verbal puns. (Horgan, John)

So, despite memory loss, we still retain the essence of our personality. Basically, no matter what happens to our brain, our unique personality seems to shine through.

Besides one’s personality being present despite memory loss, the soul of a person can be identified through one’s consciousness. Though we commonly identify with our body and what we see in the mirror, we also have a sense that we are not a certain age—as our sense of self usually leans less on age and rather on our subjective feeling of who we are in essence. As author Cate Montana explains:

Yes, my body is definitely older. But “I” am not. The essence that I call my “self” has not aged a day. Of course, anybody over forty knows this phenomenon. At some point every human being on the planet looks in the mirror and says, “I can’t believe I’m 42 (or 62 or 74 or 87 or…). I’m the exact same person on the inside. What the hell happened?” (“Proof of the Soul.”)

So, we have an identity that is more of a physical manifestation, and another identity that encapsulates our character. Often, behaviorally, people see their character as eternal rather than bound by age.

Lastly, each person is inevitably subjective about his or her experience. Despite humans being very, very similar to each other in DNA and overall composition, our perception of reality is vastly different from individual to individual. According to Psychology Today, “While neuroscience has made tremendous progress illuminating the functioning of the brain, why we have a subjective experience remains mysterious. The problem of the soul lies exactly here, in understanding the nature of the self, the “I” in existence that feels and lives life. Although the current scientific paradigm is based on the belief that the world has an objective observer-independent existence, real experiments suggest just the opposite” (“Does The Soul Exist? Evidence Says ‘Yes’”). As the two-slit experiment has shown, when existence is observed, it changes its composition. This is only one piece of the puzzle that shows how “objective” reality is not easy to come by.

The soul of a person is incredibly challenging to prove scientifically. However, with each person’s personality being unique, the behavioral quality of thinking of the self beyond age, and our inevitable subjective experience, we can say that the soul has some basis in science. These realities of our behavior, character, and perception might not be tested stringently, but they are very difficult to deny.

Horgan, John. “We Have Souls, and So Do Crows.” Scientific American Blog Network, 21 Dec. 2017, blogs.scientificamerican.com/cross-check/we-have-souls-and-so-do-crows/.