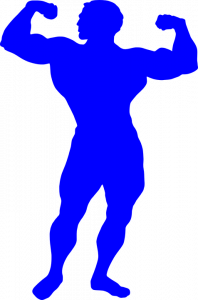 Media analysts have long been studying the various assumptions and archetypes people create through the consumption of media. Though women are often talked about as having hurtful and detrimental stereotypes, there are also prominent stereotypes men portray in the media. In fact, there are six main stereotypes that have been identified for men: the joker, the jock, the strong silent type, the big shot, the action hero, and the buffon. We will delve into these concepts in the following paragraphs in detail.

Joking around has always been a manly trait, it seems. According to Media Smarts, “The Joker is a very popular character with boys, perhaps because laughter is part of their own “mask of masculinity.” A potential negative consequence of this stereotype is the assumption that boys and men should not be serious or emotional. However, researchers have also argued that humorous roles can be used to expand definitions of masculinity” (“Common Stereotypes of Men in Media”). Fortunately, boys and men usually assume more than one stereotype than just the joker.

Often seen as bullies or not so intelligent, the jock is a character that many high schoolers yearn to portray. As Media Smarts states, “The Jock is always willing to “compromise his own long-term health; he must fight other men when necessary; he must avoid being soft; and he must be aggressive.” By demonstrating his power and strength, the jock wins the approval of other men and the adoration of women” (“Common Stereotypes of Men in Media”). Often, this type of man is accompanied by insecurity due to problems at home or having previous bad experiences in social groups.

Similar to the jock, but not as expressive, is the strong and silent type. As Audrey Nelson, Ph.D., says, “Men often use silence to be in charge and collect their thoughts. They rely on it like they do the masked face. Silence exhibits control” (Psychology Today). Unfortunately, this stereotypical behavior commonly demonstrates to others that they are introverted or non- communicative, which can be a non-plus in the work environment.

Probably the most obnoxious stereotype that men embody is the big shot. “The Big Shot is defined by his professional status. He is the “epitome of success, embodying the characteristics and acquiring the possessions that society deems valuable.” This stereotype suggests that a real man must be economically powerful and socially successful” (“Common Stereotypes of Men in Media”). However, this type of man usually comes off as being materialistic, self-absorbed, and ruthless.

Epic in his own way, the action hero stereotype is carried out by countless men. “The Action Hero is “strong, but not necessarily silent. He is often angry. Above all, he is aggressive in the extreme and, increasingly over the past several decades, he engages in violent behavior” (“Common Stereotypes of Men in Media”). You know this type: they are always fighting injustices or trying to save people from dire situations—even when it is not necessary.

Similar to the joker, but sillier and messier, the buffon is another common stereotype the media displays men as. “The Buffoon commonly appears as a bungling father figure in TV ads and sitcoms. Usually well-intentioned and light-hearted, these characters range from slightly inept to completely hopeless when it comes to parenting their children or dealing with domestic (or workplace) issues” (“Common Stereotypes of Men in Media”). Homer Simpson is a prime example of this archetype.

These six main stereotypes are shown in films, TV shows, commercials, physical advertisements, and literature. Commonly, men show a range of these categories during their day. It is almost impossible not to follow what the media has shown you since an early age. By absorbing loads of information from the media from most likely our infancy, we have created concepts in our minds about what men are supposed to be. Though stereotypes are hyperbolic, sadly many men believe in the factual basis of them. That is why is important to be aware of the stereotypes we have faith in and how we demonstrate behaviors associated with these categories.