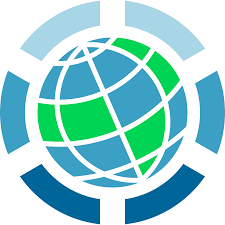 Globalization is an interaction between countries worldwide. The cause of this relationship is based on closer contact through the internet, quick communication through other forms communication, and speedy transportation. Though the world used to be more separated and distinct in its regions, now we see that a globalization has taken place worldwide. This phenomenon affects nations’ economies, politics, cultures, and laws.

Globalization affects the economies of countries, for their good and bad. Sometimes third-world countries can rise to first-world countries, or vice versa. According to the Global Policy Forum, “Advances in communication and transportation technology, combined with free-market ideology, have given goods, services, and capital unprecedented mobility. Northern countries want to open world markets to their goods and take advantage of abundant, cheap labor in the South, policies often supported by Southern elites. They use international financial institutions and regional trade agreements to compel poor countries to “integrate” by reducing tariffs, privatizing state enterprises, and relaxing environmental and labor standards” (Paul, James). However, this process does not come without its mishaps. Civil society, especially laborers, are often put into situations that are unfavorable or downright unethical.

Politics is commonly a nation-by-nation phenomenon. However, with the interactions caused by globalization, politics can intertwined between several nations simultaneously. Based on research by James Paul from the Global Policy Forum, “Under globalization, politics can take place above the state through political integration schemes such as the European Union and through intergovernmental organizations such as the International Monetary Fund, the World Bank and the World Trade Organization. Political activity can also transcend national borders through global movements and NGOs. Civil society organizations act globally by forming alliances with organizations in other countries, using global communications systems, and lobbying international organizations and other actors directly, instead of working through their national governments” (“Globalization of Politics”). This synthesis often has drawbacks, however. Sometimes a nation can feel stuck and dependent on more powerful countries on the world stage.

Like economies and politics, culture is also highly affected by globalization. If one travels to “exotic” countries such as Thailand or Burma, surprisingly you will hear American singers on the national radio programs. As the Global Policy Forum states, “Technology has now created the possibility and even the likelihood of a global culture. The Internet, fax machines, satellites, and cable TV are sweeping away cultural boundaries. Global entertainment companies shape the perceptions and dreams of ordinary citizens, wherever they live” (“Globalization of Culture”). Commonly these perceptions are fed by western ideals and values. This has become a serious issue, as many native cultures of nations have been, if not disappearing, diluted.

Even though laws were first introduced in what we know now as the Middle East and Egypt, these ancient civilizations have now adopted new, western laws into their constitutions. This practice is a direct result of globalization and its reach. Paul James from the Global Policy Forum explains that, “…globalization is changing the contours of law and creating new global legal institutions and norms. The International Criminal Court promises to bring to justice odious public offenders based on a worldwide criminal code, while inter-governmental cooperation increasingly brings to trial some of the most notorious international criminals. Business law is globalizing fastest of all, as nations agree to standard regulations, rules and legal practices” (“Globalization of Law”). There are also international agreements on bankruptcy, intellectual property, banking regulations and processes, and much more. The most substantial aspect of this type of globalization is that companies are merging overseas, and becoming mega companies that control huge portions of certain markets.

Globalization affects practically every country on Earth. It is natural to want to interact economically, politically, culturally, and through laws. This process can allow poor countries and first-world countries reap benefits alike. However, there are disadvantages to globalization as well, such as bad conditions for laborers, a loss of native identity, and governments feeling trapped and dependent on bilateral agreements.