Why Teenagers Run Away from Home 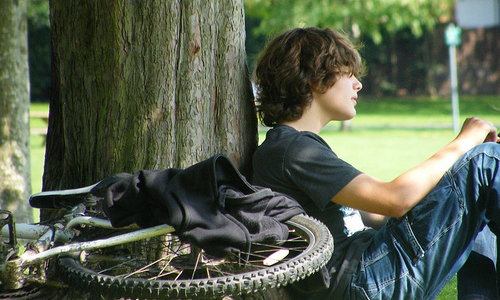 Adolescence is the time when a person is no longer a child, but not an adult either. This, in connection with hormonal imbalances and social adaptation, often causes teenagers to do things that they later regret, or that cause inconveniences and regular disturbances to their parents. One of such things is running away from home. Although in a number of cases it can be caused by a harmful environment or a traumatizing experience, it also happens even in prosperous and harmonious families.

Running away is considered to be a serious problem in developed countries—in the U.S., in particular. According to the National Runaway Switchboard—an organization that provides psychological assistance to children who already have run away from home, or are planning to do so, approximately one teenager out of seven (the range of age is 10-18 years usually) will at least once run away, or make an attempt. Currently, there are up to three million children and teenagers living on the streets in the U.S. (Kids Health).

Specialists distinguish between episodic and chronic running away. Episodic running away mostly occurs after some significant event that has happened to a teenager, and directly or indirectly affected their decision to leave home. It may also be connected to a teenager’s attempt to avoid some consequence, humiliation, or embarrassment. Chronic running away is a more serious and complicated problem. It may be a part of acting out, or of a teenager’s strategy to gain power over the members of his or her family—a kind of manipulation or revenge. It is like a threat, “If you make me do that, I’ll run away.” In fact, this is their main problem-solving skill: if something goes wrong, they run away, thus feeling that a problem disappears (EmpoweringParents.com).

Although it is impossible to get into another person’s mind, the good news for parents is that there are ways to detect if something is wrong with their teenager. Usually, potential runaways demonstrate a drastic change in their usual behavioral patterns, or the way they live. For example, a teen might suddenly stop eating (or on the contrary, begin to overeat), sleep all day, spend all their time outside with friends or on their own, and so on. It is important to remember that sudden mood swings mean restlessness—something is worrying such a teenager, and he or she might be planning a runaway act. Then, teenagers may start behaving in a rebellious way: breaking things at home, fighting (with peers or even family members), using explicit vocabulary, and so on. Sometimes, they might disclose their intentions, or give a hint to their parents about what they want to do (for example, “If I was not around anymore, you’d start caring about me/wouldn’t even care, and so on). Also, a teen may start accumulating money and possessions to live on while away from home. Keeping a bag with packed things in a closet is a direct sign that a teen is planning an escape (National Runaway Safeline).

Teenagers running away from homes pose a significant problem for developed countries—in particular, the U.S. Up to three million teenagers aged 10-18 live homeless because of committing a runaway. Usually, the cause of a teenager running away is specific (in this case, it is considered an episodic act). However, if a teen uses running away to manipulate their family members or solve problems, then it is considered chronic. Fortunately, parents can usually notice signs that their teenager is preparing an escape: misbehavior, rebelling, hints, and the accumulation of money and possessions may be signs of a planned runaway.