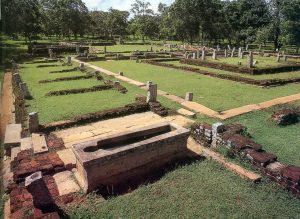 Hospitals have been an integral part of our lives. They serve as sanctuaries where we can heal and fix our physical problems. It is difficult to imagine a world without hospitals, but not too long ago, hospitals were not around. When and where was the first hospital developed? The answer to this question will be presented in the following paragraphs.

Healers and wandering medics were common even before Christ. These people were essentially individuals who claimed to be able to cure diseases through holy powers, and often charged a fee for their work. But organized places to heal people began in ancient Egypt in temples, as religion and medicine were inextricably linked at that time. The first documented signs of hospital-like centers were around 3000 BC (“Mending Bodies, Saving Souls”). The temples were being used as sanctuaries for the sick, but they were not solely dedicated to this task.

Further on in time, in ancient Greece, around 12th century BC, temples for Asclepius acted as centers for medical treatment and diagnosis. Patients were instructed to go into a dream-like state in order to see Asclepius or to be healed through an operation (Diz José Carlos, et al.). This state has been compared to an early form of anesthesia. These temples were carefully controlled and maintained in order to be effective places for healing (“Mending Bodies, Saving Souls”). In fact, one of such temples kept exact records of around 70 patients, and among the writing is the mention of drugs being used, the type of ills the patients had, and what was done to cure certain ailments (Diz José Carlos, et al.). Subsequently, the Romans also worshipped Asclepius. A temple was built in 291 BC for him, and it also acted as a center for medical treatment (“Encyclopedia of Medical History”).

Around 400 AD, a Chinese Buddhist monk named Fa Xian who travelled to India wrote that, “The heads of the Vaishya [merchant] families in them [all the kingdoms of north India] establish in the cities houses for dispensing charity and medicine. All the poor and destitute in the country, orphans, widowers, and childless men, maimed people and cripples, and all who are diseased, go to those houses, and are provided with every kind of help, and doctors examine their diseases. They get the food and medicines which their cases require, and are made to feel at ease; and when they are better, they go away of themselves” (Faxian, and James Legge). Records from Fa Xian and the Sanskrit encyclopedia named Carakasamhita indicate that India was possibly the first nation to adopt an institutionally organized system of medicine and medicinal care.

However, it seems according to the Mahavasma—a record of Sinhalese royalty—that institutions specifically created for the care of the sick were created in Sri Lanka around the country (Aluvihare, Arjuna). It is said that Mihintale Hospital is the oldest structure of its kind (Historia Hospitalium). The reign of King Pandukabhaya of Sri Lanka (437 BCE – 367 BCE) marked a new period of places solely dedicated to healing the sick, and it must have been an inspiration to other countries as well.

Hospitals have been around since ancient times, especially in Egypt and Greece. The creation of hospitals began as a religious practice, but later became secular through governmental organizations, such as the ones initiated in India and Sri Lanka. It seems that Sri Lanka was the first place where a structure was specifically built for the caring of sick individuals, devoid of other uses. Though the medicine and practices of those times were not modern, they did present the same organizational ideas that are present in today’s hospitals.