Why Do we Yawn? 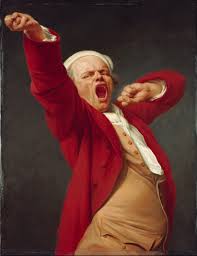 Yawning is contagious, it is said. However, how much do we know about it? It is obviously a curiosity among millions of people, as one of the most searched-for queries on Google is “Why do we yawn?” There are multiple theories about why we yawn: to bring more oxygen into the blood and move more carbon dioxide out of the blood when our breathing slows (from being tired or bored), to stretch the lungs and lung tissue (to flex our muscles and joints, raise our heart rate, and be more awake), to redistribute surfactant to lubricate the lungs and to make sure they do not collapse, to react to someone else yawning as part of a contagious act, and to cool the brain.

When we are tired or bored, our breathing tends to slow down. This dip in our breathing speed results in less oxygen in our blood. One of the main theories about yawning is that it is an involuntary act to bring more oxygen into the blood and move more carbon dioxide out of the blood. According to the Department of Pharmacology at the University of Georgia, “Dying gasps, deep breathing, yawns and sighs which are generally considered as respiratory acts, markedly increase venous return. In the presence of cardiac arrest, dying gasps pump blood through the lungs and temporarily provide blood flow to the vital areas, the central nervous system and heart. Effective net pressure as great as 50 mmHg in the pulmonary artery, 50 mmHg in the coronary arteries and 40 mmHg in the central nervous system arteries were created by dying gasps in dogs where cardiac action had ceased” (R. Woodbury, B. Abretj). Thus, yawning can be a key ingredient to expanded blood flow, combined with stretching. Excessive yawning can be a sign of a serious medical condition related to blood flow.

Another theory states that yawning is an act of stretching the lungs and lung tissue. Though stretching and yawning go hand in hand, yawning might be a type of stretch itself. This stretch acts as a way to flex our muscles and joints, increase our heart rate, and become more awake. Through this simple stretch, significant benefits are realized (“Why Do I Yawn?).

Yet another idea is that yawning lubricates the lungs. According to Everyday Mysteries, “By yawning, we help distribute surfactant (wetting agent) to coat the alveoli (tiny air sacs) in the lungs. Generally speaking, we cannot yawn on command. It is theorized that yawning is a semi-voluntary action and partly a reflex controlled by neurotransmitters in the hypothalamus of the brain” (“Why Do We Yawn?”). Some scientists even theorize that without yawning, our lungs would collapse. Yawning possibly is a lifesaver.

As we know, yawning is contagious. Yawning is also a part of a reflex action. As Live Science points out, “Human beings are highly social and suggestible; we watch each other and emulate one another. In one yawning study, scientists found that applying cold packs to the subjects’ heads almost eliminated contagious yawning. Nasal breathing, which also promotes brain cooling, had a similar effect” (Cicetti, Fred). So, even though yawning is highly contagious, this reflex action can be lessened or done away by routine solutions.

Lastly, there is a theory that yawning is done to cool the brain. Live Science states that, “In a recent paper published in the Journal of Medical Hypotheses, scientists Gary Hack of the University of Maryland and Andrew Gallup of Princeton University wrote that, during yawning, the sinuses act like bellows to cool off the brain. If you suffer from sinus congestion, you might yawn more” (Cicetti, Fred). Like a computer overheating, our brain often needs to cool down, and yawning is one thing that counteracts the heat of the brain.

Yawning seems like a simple act. Yet, there are many theories about why we yawn: to have more oxygen in the blood and to have more carbon dioxide out of the blood when we have slow breathing, to stretch our lungs and lung tissue, to distribute surfactant to lubricate the lungs, to react to something that is contagious, and to cool down our brain.

“Why Do I Yawn? (for Kids).” Edited by Rupal Christine Gupta, KidsHealth, The Nemours Foundation, Aug. 2014, kidshealth.org/en/kids/yawn.html.