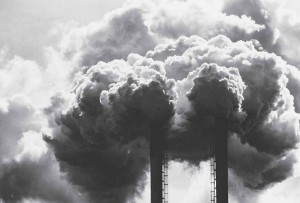 Though nowadays it is more often claimed that humanity can develop without causing damage to nature, there still are strong opposing arguments to this hypothesis. Development assumes economic growth, and economic growth is impossible without industry, which needs energy resources. Currently, the range of goods required by common people has expanded significantly compared to the times before modern industrial technology was employed on a mass scale. People feel the need, not only for primary essentials, such as a slice of bread and a roof over their heads, but also for various facilities and luxuries. Providing humanity with these objects involves the exploitation of natural resources. In turn, the conventional sources of energy we use today cause pollution, so economic growth is almost inevitably associated with environmental damage.

One of the aspects of economic growth that affects the environment most of all is that in order to produce more goods and products at a faster rate, the construction of large industrial plants is required. These enterprises generate mass amounts of pollution in the form of liquid waste and gaseous fumes. Liquid waste is frequently dumped in fresh water bodies, while gaseous fumes are released into the atmosphere. Liquid waste leads to the pollution of water and the damaging of aquatic ecosystems (Jion 365). Gaseous fumes pollute the atmosphere, which may cause negative, long-term health effects to nearby populations of animals or people. They also lead to the degradation of the ozone layer, which is one of the main reasons for the acceleration of global warming.

The conventional energy sources that are commonly used nowadays are considered to be the greatest polluters of the environment, and intensive rates of industrial manufacturing lead to constantly increasing energy consumption. One might say the solution lies in the usage of non-conventional sources of energy, such as tidal, geothermal, or wind energy. They are preferred due to their environmentally-friendly means of energy generation, but at the same time, they possess several critical drawbacks. The high installation cost is one of them. Besides, they are yet less effective than conventional ones, and need the accompanying political will to initiate. Transiting from one energy source to another also requires time, during which people have to make some sacrifices to support these undertakings. In a democratic country, making people accept this would pose a challenge (Robert 209).

Simultaneously, even if implemented, non-conventional sources of energy still do not resolve the problem of inflicting damage to the environment. In order to produce economically viable energy—utilizing tidal and geothermal sources—a sometimes significant distortion of the natural site is often inevitable (Robert 201). This is expensive and has substantial harmful effects on the environment. The application of wind energy would necessitate blocking the airflows’ natural velocity, which is the reason for their decrease in strength after crossing the windmill. Consequently, the pressure balance that is brought about by this current will be affected, and it is important to remember that the environment and weather conditions are directly affected by atmospheric pressure.

As one can see, economic growth is connected to environmental damage, and at the current level of development, humanity can hardly avoid harming nature. This is caused by a number of factors, such as the inaccessibility and costliness of alternative sources of energy. But the most significant reason is that constant economic growth leads to the increase in the rate of industrial production. With the expansion of industry, more conventional resources are needed, and since their usage causes severe pollution, it can be concluded that economic growth is inseparable from the damage inflicted on the environment.