“Engineering Food for All” by Nina V. Fedoroff 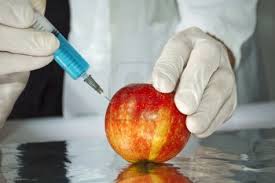 In our modern era, people have come up with innovative ways of addressing their age-old problems. One of the most recent and controversial inventions in this regard is the engineering of food. Nina Fedoroff, an American professor of biotechnology, presents the debate on genetic modification of food in the article Engineering Food for All (2011). Specifically, she supports the innovation, positing that it plays a critical role in addressing food security in the world. Genetic engineering of food elicits mixed reactions from those on either side of the debate. Central to the argument is the environmental sustainability of technology, human health, and the economy. A closer examination of genetic engineering of food reveals the fallacy of its value. This dangerous technology poses serious risks to the environment, human health, and the overarching economy. Consequently, genetic engineering of food does not positively contribute to food security in the world.

Food engineering does not aid global food security, as it is not sustainable. The engineering of food can cause unintended harm to the environment. Pollen grains from genetically-modified maize kill the larvae of the monarch butterfly, for instance (Conner, Glare & Nap, 24). The indiscriminate killing of insects underlines the environmental unfriendliness of genetic engineering of food crops. Similarly, the use of herbicides results in the indiscriminate killing of plants. Therefore, this technology clearly undermines biodiversity (Freedman, 72). In adopting this technology, we would have to be prepared for enormous technological challenges. Crops designed to resist pesticides would soon see their effectiveness decrease. An appropriate comparison would be mosquito resistance to DDT. In addition, weeds exposed to herbicides would soon become resistant. This would create unnecessary complications that would require the repeated modification of the crops (Conner, Glare & Nap 26).

Contrary to the stance of supporters, genetically-modified foods have adverse effects on human health. Mostly, consumers of these foods suffer from allergies and gastrointestinal complications (Freedman 82). The genetic engineering of food involves the inclusion of the genes of organisms that are not part of the human food chain (Freedman, 83). The adoption of this technology would not solve poverty in the world. Instead, the technology widens the gap between the rich and the poor. This is due to the high costs associated with acquiring the inputs required in adopting genetic engineering.

Supporters of the genetic engineering of food, such as Fedoroff, believe this innovation holds the key to sustaining the growing human population. Fedoroff contends that genetic engineering comes at an appropriate time when climatic changes are a common phenomena. To sustain the expanding world population, Fedoroff and other supporters of the technology believe we should turn to adopting genetically-modified food. Central to this appeal is that the engineering of food increases productivity and reduces costs of production. Farmers who have adopted the technology have reported increased yields of “as much as 10 times” (Fedoroff). In addition, the technology is environmentally-friendly. Using herbicides reduces the tendency of tilling land. Therefore, it “decreases soil erosion and shrinks the agricultural footprint” (Fedoroff).

These claims by the supporters of genetic engineering of food are unrealistic. For instance, the genetic engineering of food is not environmentally-friendly considering its impact on ecosystems. It does not reduce the costs of production in agriculture. With patents in mind, the costs of the inputs in undertaking genetically-engineered foods are certain to be exorbitant. In the long run, reliance on this technology may result in the need for newer technologies to address emergent challenges.

In addition, those that support the genetic engineering of food contend that it is safe for human consumption. Fedoroff uses the article to disown claims that there are significant dangers associated with genetically-modified foods. Quoting from some research, she contends that products of this technology are “no more dangerous than crop modification by other methods.” However, only some research institutions are responsible for the research that supporters quote. What is notable is the absence of renowned institutions such as the EPA in supporting the health claim. This means the claims that genetically-modified food is safe for human consumption are far-fetched (Freedman, 67). Animosity between the relevant research bodies underlines the sinister motives behind the researchers’ assertion that the technology is healthy.

The genetic engineering of food does not solve the problem of global food security. There are more risks than benefits associated with this technology. Genetic modification of food would have serious and negative implications for the environment, the economy, and human health. These risks negate the benefit of advancing food security, the main reason for employing the genetic modification of food.

3. Everything You Need to Know about Genetically Modified Foods. Freedman, Jeri. Rosen Publishing. 2003.