Why Sports are Not Important 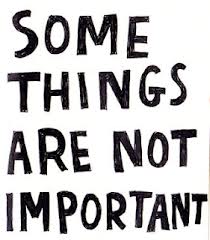 Why do professional sportsmen and sportswomen garner millions of dollars by shooting a ball into a net, for instance? Many other examples can be provided of such almost senseless sports activities that have somehow formed a lucrative empire of “entertainment.” While people around the world are starving to death due to a lack of food, health care, and shelter, other people are watching famous sports personalities score goals and points. When considering the suffering globally resulting from a lack of funds, spending money on sporting events seems like a rather misguided purchase.

Take the figures: in 2013 alone, 33.7 billion dollars were spent on major sporting events globally. That means in only one year, the amount spent on major sporting event tickets would be enough to rebuild the infrastructure of the recently demolished Gaza Strip and feed its inhabitants three meals a day for seven months (Forques Magazine). We need to set our priorities straight—what is more important to us: seeing our favorite teams compete and the culture surrounding that competition, or saving the lives of those that are terribly affected by ravishing war?

But it seems we cherish entertainment and sports culture more than helping out those that are dying in the streets each day. The Edmonds Daily Newspaper published an article on the obsession of sports in the U.S. that was informative: on average, a U.S. citizen spends an accumulated three hours watching sports news coverage each month, and purchases 1.2 tickets to major sporting events every three months (Edmonds Daily Newspaper). What if we used these hours and purchases for the benefit of others that are in a life-or-death situation daily?

The amount of money spent on major sports clothing and souvenirs is also alarming. In a study by Sarvend University in Minnesota, it was found that every world citizen on average spends $7.4 a year on sporting goods, whether it be clothing related to teams, sports equipment with markings of professional sports team symbols, sports gaming cards, sports gambling, or video games that portray their favorite teams in action (Opus, 311). The amount of money spent on sports fan accessories could be directed towards much more holistic causes, benefiting those who fear for their lives each day.

Jameson, Michele. “How and Why We Watch Sports.” Edmonds Daily Newspaper 6/7/2014. Newspaper.