Is Humanity Alone in the Universe?

Understanding the Universe has been a continual mystery to humanity. Throughout human history, individuals have been searching for answers to numerous questions that were provoked by the unknown space above their heads. Insights provided by shamans, priests, and scientists have increased curiosity about the esoteric nature of the Universe rather than decreased it. Though it may seem as if we know much about the Universe now, this is an illusion. The most significant mystery still lies in the question, “Is there extraterrestrial life?” Just as Christopher Columbus saw that first glimpse of previously unknown land (to the western world) on the horizon, it may turn out that we will happen upon another species that is as intelligent as us, or even more so. 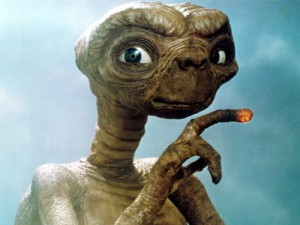 One huge leap has already been made in this quest. Scientific research has shown that living organisms can survive in conditions much different than those that are present on Earth. This is confirmed by the existence of extremophiles—organisms that thrive in conditions lethal for other forms of life. These conditions may include high pressures, the presence of toxins, an absence of oxygen, extreme temperatures, and acidity. One extremophile species, the Ferroplasma acidiphilum, is a microorganism that can only survive in environments containing such large concentrations of iron that any other life form would expire there. Not only can extremophiles thrive in these conditions, but they cannot survive in what are considered to be normal environments. These organisms alone prove that life can exist in conditions on planets that were previously thought of as too extreme (Silverman, 2009).

Numerous UFO sighting reports can be considered as a significant piece of evidence in favor of the existence of extraterrestrial life. What makes some of these accounts difficult to deny even for the strongest skeptics are claims made by reputable people, such as law enforcement, the military, pilots, and even astronauts. For example, in the early hours of December 14, 1994 in Trumbull County, Ohio, police were flooded by phone calls from alarmed citizens claiming they were observing an UFO in the sky. A policeman drove out to the area where the reports were coming from to put an end to what he thought was a hoax. But after he arrived at the place, he too had witnessed the UFO that supposedly lit up the entire sky and caused the malfunction of electronic devices within his patrol cruiser. That is just one example from thousands of reports made each year all over the world (Rense, 2012).

Scientists have also made attempts to calculate the possibility of extraterrestrial existence mathematically. In 2001, an astronomer by the name of Frank Drake developed an equation that was later named after him. Drake distinguished eight fundamental factors that would enable intelligent life to thrive, subsequently creating an equation that estimated the amount of planets that could hold the possibility of these essentials to be present. His results were astounding and showed that hundreds of thousands of planets other than Earth could contain intelligent life forms. The basis for this equation originated at Ohio State University in 1977 when a radio signal was picked up with a frequency that was known as improbable. This transmission lasted 37 seconds and came from a location over 220 million light years away from the nearest star. The only conclusion that could be drawn is that some sort of intelligent life had to have existed in order to send this signal, since it was most likely sent with the help of a technological device (Kaulay, n.d.).

Living in an age when technology has made it possible to access virtually endless information with the click of a button, it is easy to forget that humanity still remains ignorant about the wonders of nature. One such mystery is extraterrestrial intelligent life. The existence of extremophiles, numerous UFO reports all over the world, and mathematical evidence such as the Drake equation, speak in favor of the claim that humanity is not the only clever species in the Universe. A few decades or centuries later, the idea that humans could ever be the only intelligent life form may seem laughable. Until then, the innate hunger for the answer to the question of whether humanity is alone in the Universe or not will persist.