Influence of Education on Personality 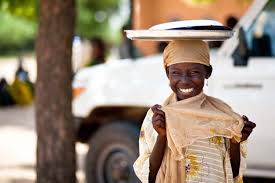 Being well-educated has become a norm in American society. Higher education is one of the main criterion for employers when considering a job candidate. It serves as an indicator that helps people to form opinions about each other, and the presence or absence of higher education often impacts the life of a person significantly (Horowitz 345). The meaning of higher education for a modern American individual cannot be overestimated.

Education plays another significant role besides the social one: it noticeably affects personality (Horowitz 287). Students often choose their major in accordance with their ideologies and values, as their formed identities are usually already in place when entering a university or college. However, the nature of the material that students learn about and the methods used to master disciplines learned can influence their world outlook and beliefs.

When I entered the faculty of philosophy seven years ago, I did not think about the changes this specialization would invoke in me. Most of all, I cared about earning a higher education degree, and though I had some interest in philosophy, I had no intention of going any deeper into it than was necessary to pass the exams. But as time passed, I found philosophy more and more absorbing, and when I graduated, I was a completely different person compared to the times when I was a freshman.

One cannot study successfully without perceiving and analyzing new information, and the faculty of philosophy is a place where students constantly receive large amounts of data. Every philosopher, concept, or school of thought had to be scrutinized. This process was impossible without a critical evaluation of the comprehended material. We agreed or disagreed with famous thinkers, argued in favor or against theses, and came up with our own interpretations. We were in a condition of permanent choice, sorting out the material, and choosing paradigms that matched our outlook at that moment. This way, we built up substantial intellectual capital, which shifted our outlook and made it more complete and versatile.

It is not only the nature of the information that students receive in educational institutions that affect their personalities, but also scientific methods that are used during the educational process (Gabber 27). A method is an aggregate of ways and means to acquire new knowledge. Methods used in philosophy are numerous and diverse; thus, when a person constantly uses certain approaches for comprehension, they get accustomed to thinking in a specific manner. This manner determines not only the way of thinking, but also the way of cognizing and interpreting the surrounding reality and one’s attitude towards it. It also contributes to changes that occur in students’ identities.

It can be stated that education facilitates the formation of people’s personalities. Though many students enter a university or college with an already shaped set of values and attitudes, the nature of the material, as well as methods that are used for its contemplation and comprehension can affect one’s identity significantly. I believe despite the fact it may sound like stereotyping, people who share the same specialization and the same profession have much in common. It would not be an exaggeration to say that physicians, lawyers, artists, musicians, and others share outlooks that are similar to some extent.