It is difficult to argue with the fact that people tend, or even need, to harbor a personal philosophy. In order to orient themselves into their surrounding reality, set goals, determine priorities, interact with other individuals, and perform many other actions, people need a certain system of coordinates or ideologies to perform this function right to a tee. Ideologies offer sets of clauses and philosophical positions people adopt according to how they act. 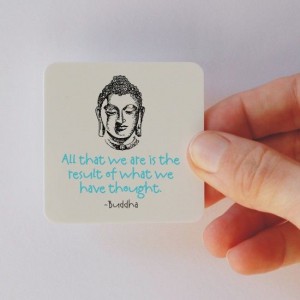 Ideologies can refer to different spheres of life; some of them can be either useful or harmful—while in the western world, ideologies can be chosen and adopted freely. In some countries, though, they are implanted and embedded into mass consciousness through media, advertising, or by brutal force. This implantation sometimes has severe effects on an individual’s personality, and it may take a long time to correct the consequences of such interference. Therefore, forced submission to the dogmas of any ideology should be judged and seen as violence against human nature.

I remember one of my acquaintances who used to live in Turkmenistan, known as one of the most censored states in the world (CPJ) in 2006, but managed to emigrate. I was interested in how people lived in a country that is notorious for its flagrant attitude towards its citizens. To my surprise, even living in a society with completely different values, he still adhered to the old norms of collective behavior and ways of thinking. It took him time to realize that many old ideological prescriptions he followed were useless, and even detrimental. Sometimes he acted as if he was being watched or controlled. For example, when I criticized Turkmenistan’s policies, he would try to prove me wrong, though later it turned out that he also did not support it.

Communication with this acquaintance made me think about the unfairness that takes place when people are prevented from having their own outlook, and are forced to believe or support conceptual thinking that is wrong, or even against their creeds. According to the Human Rights Watch, Turkmenistan is a country marked by extraordinary levels of repression: media and religious freedoms are subject to severe restrictions, and tortures are widely used (HRW). This means if a person tries to express oneself, he or she can be jailed and tortured, presumably by the forces that are meant to maintain law and order.

The Internet, media, and various forms of expression are controlled by the state and violators are strictly punished. Self-censorship is common (ONI). Taking into consideration the outrageously high level of the state’s presence in its citizens’ private lives, it is understood why my aforementioned acquaintance defended the ideological dogmas which he did not share, and the personality of the leader, whom he hated. Powered-up by the constant threat of punishment and violence, these dogmas were entrenched in his mind, determining his behavior. Even living in a free country, he could not be free.

Sadly, many countries with similar mass attitudes towards their own citizens exist in the modern world. Ideologies in such states have become not the way of self-expression for people, but an instrument of manipulation, helping those in power to keep it. So, people there do not have many choices; they can either adopt the dogmas that are imposed on them, disagree with them but obey, or they can resist and most likely be imprisoned.

Therefore, it can be seen that forcing people to follow certain ideologies equals tyranny. In order to be sure the majority of the population shares the imposed clauses, a state increasingly depends on the power structures, turning them into a tool of repression and censorship. Finally, any nonconformity is persecuted and punished. I think no ideology should be implemented through force, even if it is considered to be mostly fair and beneficial. People must always have an option of what to believe in, and the state should protect this privilege, not introducing dogmas that are only advantageous to its own right.