Information Pressure: Ignorance Is a Bliss 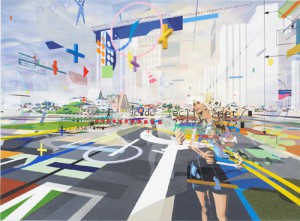 Individuals are constantly exposed to informational pressure. Every day, thousands of media ‘sound bites’ try to shape the outlook of people, telling them what to buy, what to think, and even what to be afraid of (Klazankis 236). All the possible facts about what is happening around the world is summarized and presented to audiences on prime-time television. To my mind, the amount of information bombarding the general population should be limited somehow, or at least its character should be changed.

I can remember the days when there was no TV and Internet at my residence. I was not informed about what was going on in the world, about the scandals, accidents, and wars. Back then, it was difficult to imagine how individuals could consume enormous amounts of useless information consciously and unconsciously. After I found a job—ironically, it was a news agency—I quickly understood a new reality.

Most media organizations focus on negative facts. There is a technical term for this phenomenon: pathogenic journalism. Why would one want to know about how much money a famous politician has earned? What are the hidden reasons for another celebrity divorce? How many women and children were killed during the latest act of terrorism in the Middle East? How does reporting the downside of a well-known official’s private life sell more copies? Nevertheless, this and other information flows through people’s minds every day, month-by-month. But do they need to know so much trivia?

I am sure there are strong reasons to establish and promote publishing houses that focus only on beneficial, or at least neutral, news. One may find out how news about, for example, cultural and scientific events can be interesting if presented properly. For instance, remember how NASA supported the informational campaign about the rover “Curiosity” when it was launched towards planet Mars? A computer game was created, the main goal of which was to land the rover on the Red Planet’s surface, and the Internet was filled with funny fan-art pictures and stories on the subject (Illis 76). Or how a team of scientists assigned specific tones to each radioactive isotope and created a program that allowed users to literally listen to what radiation sounds like (Illis 45). Or how an artist created a field of artificial, fantastic flowers which glowed at night (Illis 345). These and many other wonderful unreported events take place every single day. It does not mean other information is not necessary. It means, along with political and economic news, more positive facts should be presented to the public.

According to the well-known dictum, ignorance is bliss. Unfortunately, modern civilization seems to deny a right to this nirvana. Anywhere one goes, one will be in touch with the rest of the world, at least until they smash their phone, laptop, or TV set, and move into a hut somewhere in the foothills. People have a right to know, a right to choose, a right to say, but it seems they do not have a right to ignore unpalatable facts. It is almost a duty to be informed, to have an opinion on current affairs, to actively resent injustice, to be concerned about each individual’s civil rights, to be a nice and tolerant person. If one is not—because of their temperament, ideology, or for any other reason—they may quickly become an outcast, even though many people may secretly sympathize with their candor, while openly condemning them.

As for me, I have quit the news agency job and dedicated my free time to friends and hobbies. These are the best ways to overcome the stresses of modern life. It also turned out that limiting the amounts of information taken in through the media, and paying additional attention to what one perceives each day helps me stay calm and confident. Otherwise, the overflow of negative information may easily create the impression that only insurmountable problems occur in the real world; this is patently not the case.