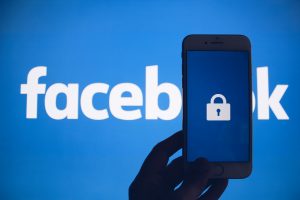 It seems many people have been leaving Facebook due to ethical concerns and internet trends. Facebook has been involved in several legal disasters and has been an open market for research and manipulation, it seems. Also, the recent online trend is that young people are moving to Instagram and Twitter, while middle-aged and senior citizens have been joining Facebook in droves. However, ethical concerns and trends have not swayed me to leave behind my account. There are three reasons for this: I do not care about the ethical concerns associated with the recent trial of Facebook CEO Mark Zuckerberg, I am okay with being addicted to the social media platform at some level, and because my feed features mostly poetry, I do not incur the negative effect of depression through lifestyle comparisons.

There has been a lot of talk recently about privacy concerns linked with Facebook. Yes, our data can be mined, international governments are spying on whatever we are posting and messaging, and our information is being sold to third parties. But what does that have to do with my day-to-day life? As a person who is not a criminal, not in legal trouble, and without any embarrassing photographs or posts on my account, I do not have anything to worry about. If the government is spying on my activities on Facebook, if my data is being purchased, and if some hacker or IT whiz is checking out my posts and photographs that are offered to only my “friends” on this social media network, I can live with that.

Studies say Facebook is addicting. I can agree with that statement. I check Facebook very often. It is hard to say how many times a day I look at it. However, I post once a day or less. Sometimes I will go through periods where I check Facebook once a day or less. Yet, I can still say I am addicted to it, because I almost always have it opened in a tab at work and at home when I am working on creative work. This is mostly because I use it as a communication tool, messaging people close to me. Many times I arrange events through Facebook’s messaging system. It seems in the new generation, messaging is more popular than calling by phone. Organizing events by phone is seen more as a nuisance now than a necessity. So, yes, I am addicted, but this mental disease is not crippling. Maybe I would be more productive without keeping Facebook open most of the day, but I still do well at work, practice music each day, learn a foreign language, and do creative writing daily as well—all the while being a husband and being a dad to a dog.

Another critique of Facebook is that it makes its users depressed. This stems from the fact that people primarily scroll through their news feeds and see awesome happenings among their friends, and become jealous. They feel the lives of their friends and/or acquaintances are more interesting, fulfilling, and successful. The thing many users forget is that people commonly post about the best moments of their lives and choose not to report on what bad things are happening to them. There are even cases when users will put on a show, employing props, photoshopping tools, and other devices to make it seem that their experiences are amazing. Sometimes the most popular people on Facebook and other social media platforms are the most depressed, according several studies (Rettner, Rachael). However, I do not suffer from any of these ill effects, as I have chosen to be friends with people who commonly post about their creative work. If people become too negative or fake on Facebook, I unfriend them or unfollow them (allowing me to not see them in my feed) while still remaining their friends. Therefore, mostly what I see on my news feed is poetry and art. Sure, I could be envious of their work, I suppose, but I usually feel happy and supportive about their work. And besides, I do not look at the feed often. I primarily use Facebook as an advertising outlet for my blog and to keep in contact with my family overseas.

Well, there you have it. I gave you some insight into an indifferent, slightly addicted Facebook user. I hope the information has been useful.