Animals in Sports and Entertainment 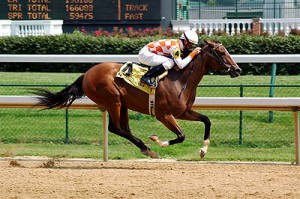 (…) In primeval times, humans had domesticated certain species of wild animals, making them serve their needs: food supply, clothes, transportation, agriculture, and working in the fields. Such animals were often treated as invaluable assistants, and even a gift (or sometimes an incarnation) of a divine presence; this attitude had found its manifestation in rock paintings, primitive art, myths and legends, and so on. Even today, this attitude can be traced in many traditional and husbandry cultures around the world.

However, as humankind progressed in terms of technology, social organization, and adjusting its environment according to its needs, the role of animals changed as well. They still remained one of the main capitals an individual (and a society as a whole) possessed, but yet another scope of their role appeared: entertainment and sports. Dog and bird fights, races, zoos, circuses, and trained animals were among the most popular ways of entertainment in the ancient world.

(2 more pages dedicated to the formulation of the problem)

Unlike ancient times, or even a not-so-distant past, modern models of interacting with animals, be it a wild specimen, a domesticated one, or one kept in captivity, assumes tolerant and genuine treatment. Legal and regulatory systems were supplemented by the section of animal rights; ecology activists all over the world constantly monitor the situation with governments, NGOs, and private individuals keeping these rights. Along with poaching or cruel attitudes, using animals in sports and entertainment could not have been omitted by the attention of animal protectors.

Media sources regularly supply the populous with stories about cruel attitudes towards performance animals; people are regularly shown news episodes about stringent animal-keeping conditions, and so on. Activists who act against using animals in sports and entertainment claim training them and arranging public performances with animals’ participation is cruel inherently, and organize campaigns and demonstrations against people and organizations that support such activities (NAIA). The main arguments that animal defenders operate with are the following:

– animals in captivity are deprived of their natural habitat, social structure, and companionship

– animals in captivity often experience a lack of space

– captured animals have a lower quality of life

(Two more pages on the arguments of animal rights defenders)

On the other hand, many people do not argue against animals’ performance in sports and entertainment; it is stressed that if the conditions in which animals are kept are set to the highest standards, and if activities in which they are involved to do not cause them harm, such activities could be tolerated. For example, The Royal Society for the Prevention of Cruelty to Animals (RSPCA) does not oppose animals performing in sports, entertainment, and other potentially injuring activities, unless the Five Freedoms are put in action:

– freedom from hunger and thirst

– freedom from pain, injury, and disease

– freedom from fear and distress (…)

(…) There also exist entertainment and sports activities involving animals that are extremely injurious (and even deadly) for them. One of the brightest examples of such activities is the “corrida,” or bullfighting. Though this tradition has an almost millennial history (the first bullfight had been organized in 1133, in honor of the coronation of the Spanish king Alfonso VIII (Coloquio.com). Throughout the centuries, the “corrida” remained an event both violent and solemn; however, in the 21st century, it has a different set of moral norms and values: the “corrida” is seen mostly as an unnecessary cruelty and humiliation towards animals (…)