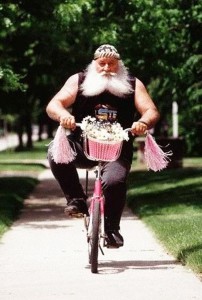 (two pages dedicated to the degree of the subject’s scrutiny)

(…) However, since the term has been first introduced in 1965, significant changes in the pace of life and mass psychology make it reasonable to state that currently a midlife crisis rather often is initiated much earlier than the traditional period between a male’s 40th or 60th years. The age in which young people begin to build up their careers decreases from year to year; according to statistics, the average age when a person from the last generation becomes a company’s chief executive has fallen from 59 to 48 years (The Telegraph). As this trend sustains, the threshold at which the midlife crisis begins will probably lower gradually, unless it reaches the mark under 30 years. At the same time, according to the clinical psychologist Dr. Derek Milne, the midlife crisis is a phenomenon which affects the lives of approximately 20% of the male population—most part of which manage to deal with the crisis before they reach their 50th year (NHS).

But it would be a mistake to believe only men are exposed to midlife crises. A number of scientists tend to believe a midlife crisis is rather a normal part of life for almost any individual regardless of their sex; this process has a lot to do with reevaluation, resetting life priorities, and revising one’s place in the span of life. At the same time, the stereotype about a man buying a red sports car is to some point rather fair, since men are more likely to manifest their achievements and wanting to prove something during this period, claims Dan Jones, director of the Counseling and Psychological Services Center at Appalachian State University (WebMD). He says men tend to express and evaluate themselves mostly through their job performances, whereas women find comfort in motherhood and relationships. (…)

Some experts consider the midlife crisis to be a distant distorted echo of human primary instincts—biological programs that helped our species survive in prehistoric times (Tomoko Watanabe). Ancient men had three basic tasks: provide supplies, defend their clan, and not to get killed. Women mostly kept an eye on households and raised children. Civilization has redeemed humankind of the necessity to struggle for survival; however, our genetic programming is still functioning, though now they are realized in more peaceful conditions and in different forms. In this context, hunting and earning money have more in common as it may seem at the first glance. Therefore, the midlife crisis may be an individual’s subconscious assessment of their efficiency and capability of executing their genetic programming (…)

(three more pages about the possible origins of midlife crises)

(…) Fortunately, a midlife crisis can be relatively easily recognized by its symptoms; an individual involved in this process develops certain behaviors that display their current condition. Among the most common signs are the following:
– anger and a tendency to blame somebody (partner, family members) for one’s misfortunes
– craving for a love affair because of the need to have a new relationship
– a sudden need for adventures and extreme changes
– depressed psychological condition, which may manifest in sadness, lost of interest in favorite activities, or sleep deprivations
– unusual eating patterns causing an individual to lose or gain weight
– inability to make decisions and focus on executing daily tasks (About.com)

(one more page about the symptoms of midlife crises)

When one or both partners in a relationship have a midlife crisis, it is extremely important for them to treat this fact with responsibility and understanding. Since this period has a lot to do with revision and questioning the habitual way of life, it can result even in divorce, a change of religion, isolation or increased sociability, and in other unpredictable consequences. Therefore, couples facing midlife crises should consider visiting a psychologist who can help them find behavioral models that would help them deal with the problem.

(four more pages about ways of coping with midlife crises)