The Authority of Television: The Oprah Winfrey Show 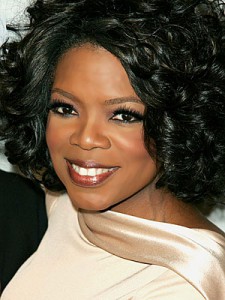 TV talk shows can be rightly called one of the most popular modern attractions, and The Oprah Winfrey Show remained the most popular of them for the last 25 years (New Republic). Though she was not the one who invented this format of interviewing people on television, she managed to create a product that had no competitors in terms of popularity and authority.

Oprah Gail Winfrey was born in 1954 in the state of Mississippi into a Baptist family. Her mother wanted to name her after the Bible character Orpah, but because of an intentional misspelling, she became Oprah. Until she was six years old, Oprah lived with her grandparents, but after her grandmother’s death, she had to move to Milwaukee, Wisconsin, together with her mother and three half brothers. It is reported that Oprah was abused by some of her relatives (Academy of Achievement). She also had hard times as she got pregnant at the age of 14; the child, however, died in infancy.

In 1976, Oprah Winfrey moved to Baltimore. There she hosted her first TV talk show People are Talking, and worked there for almost eight years. After this, she moved to Chicago to host her own morning show, A.M. Chicago. She managed to take her show from the last place to the first in ratings, but in 1986 she had launched The Oprah Winfrey Show as a nationally-syndicated television program, placed on 120 channels (Biography).

The Oprah Winfrey Show was highly influential during almost all periods of its existence. Oprah used it not only as a ground for interviewing famous people, but also for providing her audience with positive thoughts and ideas, inspiring them; she provided her viewers with spiritually-uplifting experiences by featuring book clubs, compelling interviews, self-improvement segments, and philanthropic forays into world events (Archive of American Television). In 1994, when TV shows became more trashy and explicit, Oprah Winfrey kept her show away from obscene tabloid topics, and even though her ratings fell, she managed to keep the respect of her audience, which later resulted into an increase of popularity (Biography).

Oprah is believed to be one of the most influential and powerful women in the USA. In March of 2013, her net worth equaled $2.8 billion (Forbes). She made a large contribution to President Barack Obama’s victorious election campaign in 2008. In September 2008, economists Craig Garthwaite and Timothy Moore of the University of Maryland compared the voting results in each county to the subscriptions to Oprah Winfrey’s magazine as well as to sales of books that she had recommended. According to the economists’ research, a 10% change in circulation in the county correlated with a 0.2% increase in President Obama’s vote share. This means, if extrapolated to the whole primary campaign, Oprah’s contribution equaled approximately 1.015 million votes for President Barack Obama (New Republic).

Oprah possesses a number of personal qualities which has helped her establish a strong emotional connection with her audience, and make a contribution to the increase of her show’s popularity. According to Carmine Gallo, a reporter for Bloomberg BusinessWeek, one such quality is the skill to admit mistakes: Oprah, she says, is able to make a headline by simply admitting her point of view was wrong (Bloomberg BusinessWeek). Another trait she exhibits is to be personal and sincere in those limits when personal information does not become public. Stated succinctly, Oprah can lower her shield by sharing some of her own stories of joy or grief with her audience; this makes her audience see her as a friend, and not another popular talking TV head. Her personal experiences often resonate with the experiences of thousands of her viewers—supporting, comforting, or inspiring them.

Another quality of Oprah that engages viewers to watch her show is how she demonstrates real interest and compassion for the stories of her interviewees. She does not simply ask them questions about their lives, but acts as a close friend, encouraging her guests to hold a dialogue, not just answer questions.