Review of “The Role of God” by George Hammond

“The Role of God” by George Hammond, published in the opinion magazine Grass Over Grass, is ambitious in that its primary focus is a being that is perceived to be infinite. Hammond directs attention initially to the fact that God cannot be seen, in its pure form, thus cancelling out a specific role for it since we cannot get physically acquainted with its presence. The author continues his argumentation by stating that, “The roleless God has a role in our lives. It moves us to think deeply about nothingness, mystery, and what we simply cannot explain” (Hammond 56). 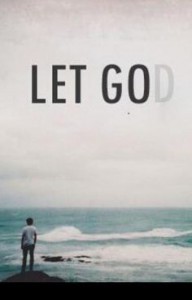 The correspondence between rolelessness and having a role is fascinating, and it surely drives the reader’s attention. The hole I see in Hammond’s philosophy, though, is that he denies God’s existence based singularly on the absence of physical proof. While the saying, “You have to see it to believe it” is a common aperture that individuals perceive the sensory world through, I would argue that the concept of God, not even the existence of God, is based more on being outside of the perceivable world (Poper 56).

In addition, many spiritual mystics and religious people have confirmed that they have seen God, heard it speak, or have engaged in some form of contact with it (Halings 94). There are not only one or two claims of this, but thousands and possibly millions of them (Halings 144). To deny all these claims with a sweep of some intellectual statements appears to be erroneous to me. For thousands of years, humans have claimed to be in the presence of God at one time or another. To deny this as only a mass delusion seems to be more like a conspiracy theory than proven fact.

Despite these blunders, Hammond composes his debate fairly soundly and with a step-by-step approach that uses deduction. His writing style is at times over-stated and intellectualized instead of communicative, but he has been a master article writer and book writer for over two decades. My respect for Hammond has not diminished with the reading of this article, as he has demonstrated that once again through his writing that the human mind can be expanded constantly. His idea that a roleless God has a role can be called somewhat revolutionary. Hammond speaks as an intervention between religions and atheism, bridging them. He diplomatically gives favor to both institutions.

I recommend reading “The Role of God” with an open mind. Do your research on mysticism as supplemental reading before investigating this article to create a feisty debate with friends or even with yourself through inquiry. If you want your held beliefs to be challenged and/or changed, this article can definitely can offer this.