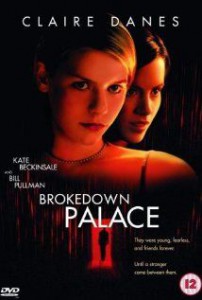 “Brokendown Palace” is an American dramatic film about two best friends who find themselves imprisoned in Thailand for drug smuggling. The film is directed by Jonathan Kaplan, and the main roles are played by Claire Danes and Kate Beckinsale. The story was written by David Arata and Adam Fields, and also produced by Adam Fields. The film was released on August 13th, 1999, distributed by 20th Century Fox. The setting for most of the film is in Thailand. However, the majority of the scenes were in fact shot in the Philippines.

“Brokendown Palace” tells the story of two young American high school graduates, Alice and Darlene, who go on a short vacation to Thailand. There they meet and make friends with an Australian man, Nick Parks, and decide to accept his invitation to join him on a business trip to Hong Kong for a few days. However, while at the airport, the girls are found to be carrying a large amount of heroin in their bag, and are sentenced to long-term imprisonment. It is in the Thai Correctional Institution where the girls are kept that most of the film takes place.

The main question that the viewers find themselves wondering about, for a great part of the film, is whether either of the girls knew anything about the drugs in their luggage, or if both were completely innocent and knew nothing of the criminal operation of which they became a part. When watching the movie, I found myself changing my mind about the matter a few times, suspecting one girl or the other, or deciding they were both unaware of the drugs in their bags. From this perspective, the director has succeeded in keeping the audience in suspense and creating some sort of a mystery, or rather, uncertainty, about the guilt of both of the main characters. However, there are a few serious oversights that, in my opinion, have accentuated the lapses in the film.

The plot itself was not new, especially considering the recent success of another film with a similar storyline: “Return to Paradise” of 1998. But, while in the latter movie the director paid plenty of attention to developing each character more fully, showing the tensions and inner conflicts between saving yourself or saving your friend, portraying the process of making this life-changing decision of the main character in all the details and nuances, I cannot say this was done in “Brokendown Palace.” The relationship between the main characters, who were lifelong girlfriends, starts to sour as they begin suspecting each other of knowing about the drugs they were carrying. But there just is not enough emotional strain or enough feelings and acting panache to show the development of this key point in the film—“friendship and trust versus hardships and caring for one’s personal interests above all.”

It is worth noting that the setting for the film is realistic, especially the prison scenes. The film also has benefited from the well-suited soundtrack that highlighted the most dramatic episodes of the film. As to the acting of the main cast, I would most definitely highlight the exceptionally professional performance of Bill Pullman, who plays an American attorney living in Thailand. He is first interested in the case for materialistic reasons only, but then is touched and imbued by the unfairness and injustice of which the girls are seen to be victims. The performance of the two main characters is questionable, even though it is hard to determine whether it was the director that did not give them enough latitude to develop their characters in full, or the failure of the performance.

The film was not as successful as it could have been should the story have been developed a little deeper, with the main emphasis being put on the relationship between the two friends and the sacrifice that one makes for the other, rather than the imperfections and corruption of the Thai legal system. Despite this constructive criticism, the film is interesting and succeeds in keeping the viewers in suspense and glued to the screen, eager to find out the destiny of the two heroines. The film might be a decent way to kill time on a lazy weekend afternoon, even though one should not expect it to impress more cinematically-sophisticated viewers.