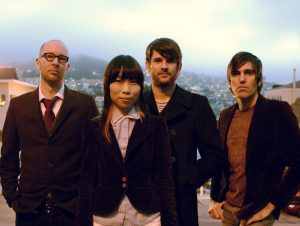 Skeptics like to debate whether humanity’s way of entertainment has changed throughout recent centuries or not. Some claim that it never did, and just as a thousand years ago, people still like shows and thrills. Others state that it obviously has: from bloody executions at city squares and primitive street circuses, the public has drawn its eyes towards augmented reality, virtual reality, video games, contemporary art, and so on.

Regardless, it is undoubted that one of the most popular forms of entertainment available nowadays is watching TV shows. “Game of Thrones,” “Sherlock,” “How I Met Your Mom,” “The Big Bang Theory”—these are just some of the titles that have been popular during the recent decade. And although they are well-made and fun to watch, there was one show that could probably beat the majority of them in terms of the ability to intrigue viewers and peak their interest. This show’s name is “Twin Peaks.”

If the name of David Lynch rings a bell for you, then you can already picture a more-or-less accurate image of what “Twin Peaks” is all about. If not, then this review will clear things out for you a little bit. Either way, you might want to read on.

So, what is Twin Peaks? The most obvious answer would be: a small town lost in the woods and rocky mountains. This is one of those towns where nothing ever happens. People live out their daily lives, go to work, fall in love, eat at the local diner, and it looks like this is going to last forever this way. On the other hand, everything is not as simple as it seems. The dark, old woods are sinister and hide grim mysteries; evil spirits dwell among people, preying on the minds of the weak—and innocence masks vices and sins.

This is all too vague, though. Let us take a closer look at what is going on in Twin Peaks (without revealing the major twists), whether it is worth watching in 2018, and whether its third season filmed a year ago is as bright as the two classic ones.

Created in 1990 by David Lynch and Michael Frost, “Twin Peaks” is a dramatic thriller, the plot of which revolves around the murder of a local girl, Laura Palmer. At first being one of the most popular and highly-rated TV shows in American television, the show gradually lost its audience—mostly due to Laura Palmer’s case being solved in the middle of the second season, and also because of regular changes in the show’s schedule. By the time the show ran to its end, it was mostly watched by devoted fans. Despite such stagnation, “Twin Peaks” became a cultural phenomenon, inspiring numerous writers, musicians, artists, and directors.

So, the pilot episode starts with Laura Palmer’s dead body being found on a river shore near the town’s prestigious hotel “The Great Northern.” Even by the most unsophisticated look, it is clear that the girl was murdered. The local community is in shock—everyone knew Laura as a cheerful, lively girl, and her death is a tragedy for everyone. Soon after this, another girl named Ronette Pulaski is noticed wandering around the city streets, seemingly out of her mind. She is bruised, suffers from multiple traumas, and does not realize what is going on around her. Ronette is delivered to the local hospital.

The Federal Bureau of Investigation sends one of its special agents, Dale Cooper, to Twin Peaks in order to help local law enforcement search for the killer (and also suspecting that Laura Palmer’s murder might be committed by the same person that the Bureau has been searching from before). Cooper is an extraordinary person and a brilliant detective: using logic and deductive methods, as well as intuition and even Tibetan meditation, he is known to be able to solve even the most complicated crimes. Upon his arrival, he quickly makes friends with the local sheriff, Harry Truman, and together they start the investigation.

Soon, the two detectives find out that the seemingly simple town of Twin Peaks hides numerous hideous secrets. Laura, the homecoming queen and the favorite of the public, turns out to have been a drug addict—she was also somehow connected to local criminals. Following the trail, Cooper and Truman disclose some of the intricate and delicate details about the town’s population.

Along with the main storyline, “Twin Peaks” unfolds several other plots. One of them revolves around Josie—an immigrant from Hong Kong, who married the local businessman Andrew Martell and inherited his sawmill business when he tragically died a year and a half ago. Josie is opposed by Catherine Martell, Andrew’s sister, and Ben Horne—the local magnate owning half of the town. Another storyline tells about James, Laura’s boyfriend, and Donna, her friend. The two teenagers decide to solve the mystery of Laura’s murder, so they start an investigation of their own—and during the course of it, they discover several intriguing clues about Laura, and her connections. Yet another parallel plot tells about Shelly, Leo, and Bobby. The former two are a married couple; Shelly works as a waitress in the local diner, and Leo is a truck driver. At the same time, Leo is a smuggler, transporting cocaine across the border and selling it to local high school students; he is also a cruel man, and beats Shelly up regularly. So, it is no surprise that she falls in love with Bobby, a local hooligan. Cheating on Leo means playing with fire—and she soon learns it the hard way.

The amount of secondary storylines in “Twin Peaks” is much larger than the ones described above; some of them are funny and amusing, some are romantic, and some are mysterious and tragic. Not all of them contribute to the investigation of Laura Palmer’s murder, but their purpose is important nevertheless: they show how intertwined the relationships between people in Twin Peaks are, and how shocking truth can be sometimes. Characters you sympathize suddenly show themselves off in unexpected ways, saints change places with sinners, and the whole canvas of connections between characters in “Twin Peaks” starts reminding of a huge, peculiar kaleidoscope. And in the middle of it is Dale Cooper, Laura Palmer… and someone else.

Along with a brilliant story, “Twin Peaks” is also a treat for one’s eyes. The camera work is magnificent. Each frame seems to have been directed and filmed with incredible attention to detail; the twisted perspective and angles used to convey tension and nervousness makes your blood chill. Lynch and Frost filled their offspring with a huge number of symbols: fur tree branches, waterfalls, running water, rocky mountains, owls, dark woods, empty streets—these are just some of the images repeated over and over again; rather soon, you start seeing them not as fillers between scenes, but as hints, clues that the directors left you to help understand the strange universe of “Twin Peaks” better.

And, of course, the cast and acting is superb.

After Laura Palmer’s murder is solved, the show noticeably loses its dynamics and intrigue. Some storylines end up unresolved, several characters recede into the background, and some new ones appear. Their appearances sometimes look rushed, as if their purpose was to somehow fill the void between the show’s planned end, and the solution of Laura’s case, to give agent Cooper new antagonists to fight against. Other characters appear for nothing—interacting with the main protagonists, they soon fade away forever. The world of Twin Peaks is in fever, and even though it affects the smoothness of narration, it is still advisable that you watch the show until the end: its finale is unpredictable, as well as shocking.

As for the third season filmed by Lynch and Frost in 2017, it is worth watching. The manner of filming has remained the same, although new visual components have appeared: for example, nudity and gore, which there were none of in the original series. Not all of the original cast is present, and not all of the storylines from “Twin Peaks” 1 and 2 get their continuation, but it is still highly recommended that you pay attention to “Twin Peaks 3.”