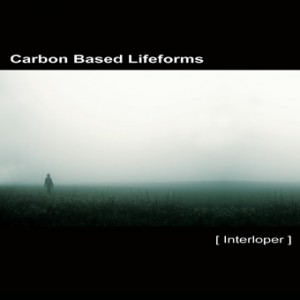 Carbon Based Lifeforms is one of those bands that can amaze you if you allow them to. You don’t hear them on the radio much, you don’t get to hear about them often, but once you download their tracks in your player, you can listen to them all the time, and never get tired of their music.

Carbon Based Lifeforms is a Swedish ambient duet, playing sophisticated electronic music. Although many of their tracks are dynamic, it is definitely not the kind of music you can shake your body to; I’d say, it is more suitable for intelligent contemplation, meditation, or creative occupations like writing or painting. Carbon Based Lifeforms’ fourth album, Interloper, was released in 2003, and is an ideological successor of the previously released World of Sleepers and Iridial EP albums; for this reason, Interloper’s first track is marked as #24, not #1.

Anyways, Interloper is worth listening to. Its mood changes gradually, but never contradicts the general direction in which the music flows. Starting with meditative Interloper and Right Where It Ends, the album then moves to cheerful and dynamic Supercede and Central Plains. Init marks a point of turnover, where the album suddenly shifts to melancholic notes, which are also notable in Euphotic and Frog.

And I especially enjoyed M. Just listen to it—the motives of solitude and something higher pour out in a goosebump-inducing finale as a tender female vocal. The crescendo then fades down, and through a sad and contemplative 20 Minutes, the album comes to its end with a calmly-optimistic Polyrytmi.

Technically, the album is fascinating. Its minimalistic sounds and deep, low frequencies are especially great if you listen to them on some decent headphones (I used my old Skullcandy Cassette). However, vocals in M and the child’s voice in Init seem to be contrasting with the rest of Interloper, which is entirely instrumental, and thus makes these generally nice tracks sound like if they were taken from another album. This is, perhaps, my only qualm with the album.

Interloper is definitely worth listening to. If you are all alone, and feel like simply letting yourself be, turn Interloper on.