“The Passionate Shepherd to His Love” by Christopher Marlowe 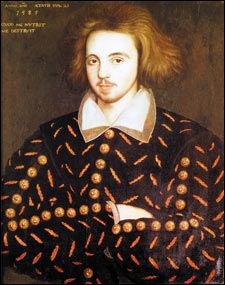 The poem under review in this paper is The Passionate Shepherd to His Love, which is a composition by Christopher Marlowe. It uses a pastoral setting and appeal to evoke an idealized image of rural life in the reader’s mind. When focusing on the first stanza, we see the shepherd engaging in love with the intention of “pleasures proven” (Marlowe 1, 2). To my mind, this brings out the sexual tone in this poem, despite critics terming it as naive and relatively innocent. From the flow of the diction and tone, the shepherd makes no evident attempt of a sordid kind of passion but instead, reaches out to his wife. By the integration of the environment in the enunciation of the poem’s theme, the writer achieves ample comprehension by the reader. For instance, the poem states “…Valleys, groves, hills and fields, woods or steeps of the mountains….” For a moment, the visualization of rural life, as used in the poem, clearly distances itself from being named a simple rustic verse.

The second stanza is about how lovers should consider spending their recreational time in the parks by the rivers and rocks, instead of at banquets or in theaters. Here, they will be in a position of viewing the shepherds feeding their flocks of sheep, or otherwise listening to waterfalls, or even to the songs of birds in the air. Obviously, nature, in the eyes of Marlowe, has much more romance in it than any kind of leisure activity most modern city inhabitants would prefer.

The critical areas of perception being focused on are the auditory and the visual satisfaction necessary for the sustainability of a relationship. The following stanzas are generally based on listing various delights made for the shepherd’s love. In this case, it is clear that the shepherd is more like a person employing other shepherds than he is the feudal owner that he was usually perceived as, prior to this. Evidently, the lists of delights are well within the capability of the shepherd to procure or acquire. The promises include slippers and a bed of roses, which serve as symbols of care and devotion for the relationship.

The readers’ perception of the theme is that they themselves are considerably above manual labor, such that the story appears as a fantasy to them. The aspects of rural life and countryside are more appealing for use as imagery—for the delivery of the image and tone of the poem. Marlowe’s shepherd is not a real person and has been used instead to appreciate an ancient poetic ideal in this poem (Marlowe 34). Coincidentally, the plants that are mentioned in the poems, including flowers, roses and myrtles, are symbols of romance. On examination, the poet did not blindly choose the words, since they all bear a meaning in the general construct of the poem’s theme. The rhythm and imagery, in relation to the symbols and diction of the poem at hand, direct the readers’ path of concern.

In the last stanza, the image of the application of the shepherd as a composite of the gentry is clear from the line, “the shepherd swains shall dance and sing” (Marlowe 6, 1). The speaker’s bidding is done in this pictorial world, where a rustic performance is carried out. However, the poem contrasts in that there is no assurance that the lady will gain the stipulated items. The speaker is seen to be using the mood of a gentleman, who lives in the countryside, but longs for the city life.

The shepherd in this case is seen to not only own the flock as mentioned, but also as the master of the rest of the shepherds. This is the use of irony to create intrigue in the flow of events, and making the poem more interesting in the process. The choice of words is exacting, and Marlowe has done justice to the connotations and denotations of them. The emotions and feelings, generated by the shepherd, have their own reality despite the shepherd being an imaginary character in the poem. The images used create a clear mental picture of the surroundings of the shepherd, hence increasing the capability of the reader’s perception. In my opinion, the image of the shepherd and his environment are sufficient in the delivery of the message of love, as intended by Marlowe.

Poetry analysis, also sometimes referred to as a poetry review, is a reflection on a poem that involves analyzing the poetic instruments, discussing the language and the figures used by the author, as well as sharing one's personal position on the poem...