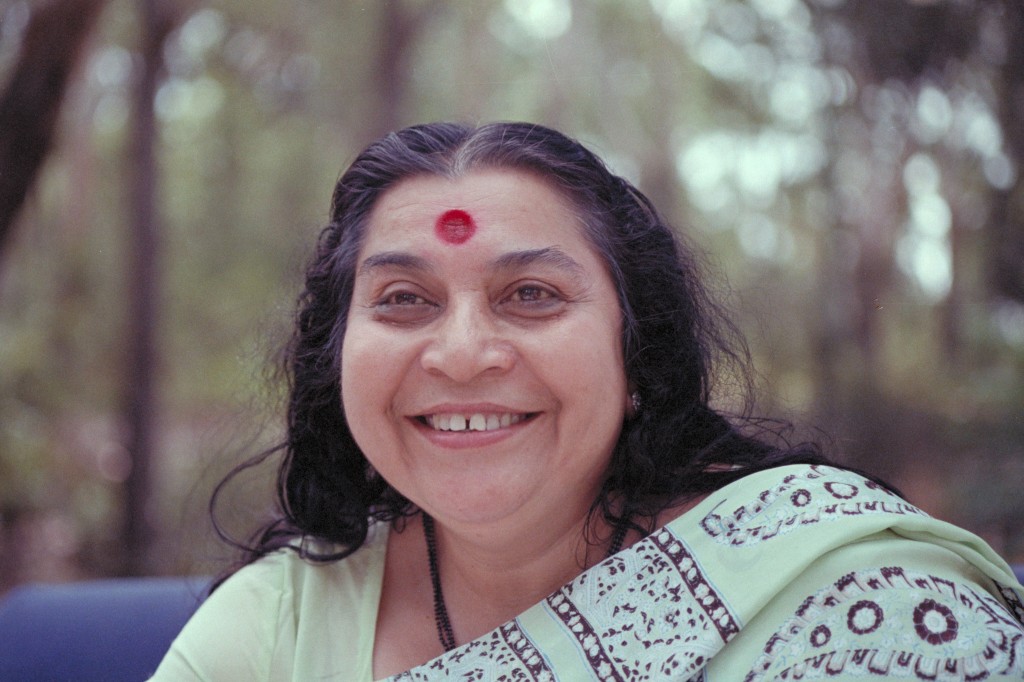 Born into a Christian family in Chhindwara, India, as Nirmala Srivastava in 1923, Shri Mataji Nirmala Devi was a renowned spiritual teacher that was not as popular as other spiritual gurus, but had more authenticity and truth to her teachings, as shown by the results of her teachings. She did not charge money for her meditation classes, nor was she concerned about earning fame. She was the founder of Sahaja Yoga Meditation, a way to receive self-realization, where one attains the state of thoughtless awareness (an absence of thoughts and only awareness) purported by many spiritual teachings, but is thought to be almost impossible to achieve. From achieving self-realization, people feel in control of themselves, feel peaceful and satisfied, and are given many health and mental benefits. It is believed that when someone gets self-realization, he or she is essentially reborn, as they see the world as a detached witness, rather than a reaction-based individual (Nirmala Srivastava to Shri Mataji – Life & Biography).

From 1970, after seeing her two daughters get married, she decided it was her time to spread her knowledge of self-realization to the masses. This is one of the key differences between Sahaja Yoga Meditation and other spiritual practices: giving self-realization was a one-person-at-a-time happening, and giving it en masse was not a regular occurrence—and thought impossible. However, Shri Mataji developed a method by which people can receive their self-realization within minutes.

Many religious people and spiritual practitioners might think this is a hoax or improbable. Yet, Shri Mataji’s method of self-realization only requires one to use their own body by placing their hands on certain parts of the body (liver, abdomen, heart, throat, forehead, and on top of the head) and to say affirmations. These affirmations are specially designed to awaken the residual energy within us known as kundalini, chi, the Holy Spirit, or Ru, depending on which spiritual tradition you identify with.

The only catch is that after receiving your self-realization, you have to work on yourself to improve your spiritual centers, or chakras, so that the qualities of your personality can fully manifest. Shri Mataji not only taught how to get self-realization, but also how to progress in our personal evolution. She taught Sahaja Yoga Meditation in over 80 countries and accumulated millions of disciples. The only reason why she was not as well-known as other spiritual teachers was that money was hardly involved in Sahaja Yoga Meditation, and mass promotion of her teachings was not common. It was purely a grassroots movement, and still is. All money that was donated or used by her own expense (she was born into a rich family, and then was married to Chandrika Prasad Srivastava, a civil servant, diplomat, and international administrator) was used to create Sahaja Yoga Meditation centers to spread her teachings and to arrange halls for her to speak at. She would fill places like the Royal Albert Hall, stadiums in India, and speak to 100,000 people at a time in the former Soviet Union; yet, she also visited people’s homes, little villages, other humble abodes to spread the word of human transformation. She also started a hospital for curing patients with Sahaja Yoga Meditation and opened many nonprofits organizations for the spread of Indian classical music, for education, and for the aid of destitute women (Shri Mataji Nirmala Devi – Renowned Spiritual Leader of the World).

She felt that if enough people got self-realization, the world would end its wars, its famines, its political aversions, and much more. She wanted to cure the root of the problem rather than see it being treated nominally again and again. The root of the problem was the selfishness of human beings, being ego-oriented. Without so much ego, human beings could work towards harmony between themselves and with nature (Sahaja Yoga Meditation… Questions & Answers).

Her work is continued by her millions of disciples, as Shri Mataji taught them how to give self-realization en masse. Shri Mataji wanted each person to be the master of themselves. Hopefully, her dream will get fulfilled in the coming age, and we can finally live in peace.