The Website that has Influenced My Writing the Most 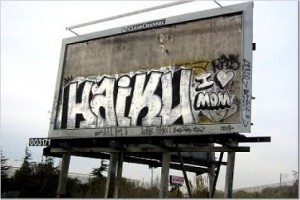 As a haiku poet, I am indebted to the website “Graceguts.” Created by Michael Dylan Welch, a prominent haiku teacher and leader of many haiku organizations, “Graceguts” is filled with incredibly valuable content for aspiring and veteran haiku poets alike. With attitude and flavor, Welch makes readers read through his articles and material about haiku with fascination. It is a one-stop website for haiku learning that should not be dismissed if you are interested in this form of Japanese poetry.

The size of the website is enormous in terms of material—kind of like an online database of everything you would want to know about haiku. But the standout portion of the site for me has to be the essays section, which has parts for those learning the basics, those that want to study haiku with diligence, those that want to appreciate haiku in a finer sense, and more sections that are just fun to read.

I have been writing haiku since I was 16 years old, and now I am 32 years old. Learning from my father, who was a Zen monk and a well-known regional haiku poet, was not as clear cut as it could have been or at least as I wanted it to be. I would write tons of haiku and show them to my father with a mix of excitement and anxiety. He would read all of them, quickly, and tell me the ones he thought were haiku and those which were not. Most times, out of 20 or so haiku, he would chose one he thought represented haiku in its real sense. This method of teaching was intriguing and direct, but I wanted to know more about the technicalities to arm myself with the tools to impress my father more.

After the passing of my father, I wrote in his honor and to chase away my grief. I continued to write for years without guidance, enjoying the world of haiku by myself. But after nearing 30 years old, being married, and looking forward to having children soon, I was keen to devote more time to haiku in a more serious capacity. That is when I contacted Welch about some haiku I wrote for an upcoming book I wanted to release. His comments on my haiku and my reading of the material on his website changed my experience of writing haiku permanently.

He pounded away at my haiku like I did not even know how to write them. It was a bit off-putting at first, because I had not had that kind of help since my father passed away. Through many edits and outright deleting of haiku, I found a new way to write haiku that reflected a new world of writing for me. I felt I was starting to understand what a haiku truly meant, though I said to Welch again and again the more I learned, the more confused I got. But somehow, more confusion meant more understanding—at least when it comes to haiku.

After reading many essays from his site and participating with other haiku poets on a Facebook page created by Welch as a haiku forum, I wrote a fresh set of haiku to send to journals. Getting into Frogpond, the main haiku journal in the U.S., was a goal of mine from the start of my haiku career. I had been submitting haiku off and on since I was 16 years old to this publication, and had no luck so far. But on Wednesday, August 20th, 2014 (notice how official it is to me), I received a letter of acceptance from Frogpond for one of my haiku. The word ‘elated’ does not truly describe my feeling when I read the email. It was a lifelong dream realized before I was 30 years old. It was like my whole life was ahead of me and an awesome future in haiku writing appeared. And it was due in large part to the advice I received personally from Welch and from reading his essays on his website.

Articles are generally defined as short pieces of writing of a non-fiction nature. They are used widely in journalism, creative writing, and online and offline publishing. Whe...
✕
Write with confidence at a college level