Everything is Within: The Search for What is Already There (excerpt) 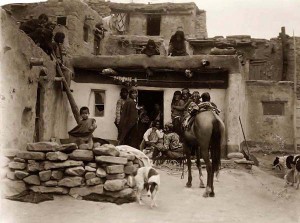 Chapter 1: This Life, or the Past One?

Before I jump into my current life, let’s take a presupposed glance at what my previous life could of been like (assuming you believe in reincarnation, or you could give the concept a shot). I have been compared to Alexander Pushkin in looks, Charlie Chaplin in behavior, and Saint Francis of Assisi in my non-materialistic attitude. The issue I have with these associations is they are all famous people, and the true likelihood of me being one of these individuals in my past lives is slim. I would like to contemplate myself as a boatmen on the river Ganges in the 1770s, an original thinker, though keeping to the collective duties assured at birth in a place like rural India. I would have had two daughters, a moderately-tempered wife who had her outbursts like any normal wife would, and a decent hut made out of straw, coagulated by the means of cow dung, dried in the constant sun.

I would have written an occasional verse, as I found joy in contemplating and playing with language: shaping phrases and developing new ideas through metaphor. Once in a while, a song would pour out and I would create a spontaneous melody to accompany words. But most of my days were spent on the river Ganges, fishing for trout to later trade to markets outside my village of a little over 70 individuals. Around 50 years old, I would have a serious injury incurred by the likes of the Ganges shark, leaving my left hand mutilated. I would then take up priestly duties, as I had studied the Vedas and the Upanishads when I was boy, in fascination of their stories. I would chant prayers for the dead, preside over wedding ceremonies, and recite hymns for the sick.

My two daughters would marry—the eldest to a carpenter, and the youngest to a fishermen. One of them would have an abusive husband which drank rice beer nearly every night close to a binge. They would divorce, though at those times, it was strictly forbidden by religious precepts. I convinced the village overseer the husband was not acting in his humanity, and as a priest, I condemned him to exile from the village. Excluding a rather old priest, I was the only villager with the knowledge to lead the townsfolk in their sacred rituals. They understood my significance and granted my daughter pardon.

When I was feeble and decrepit in my 73rd year, my wife was healthy even though she had struggled tirelessly to maintain our household and to raise our daughters. After fainting one day while reading from a verse from the Vedas which spoke of the use of prana, I entered a sleep-state for three days. I recovered, but only for a few weeks more. Before I passed away from old age, I was writing a song about the net I could not cast anymore in the Ganges and how this instrument was kept in my hands, becoming dry. A sorrowful song despite having lived a simple and serene existence. My wife sung the song I had written at my funeral subsequent to the rites made by a priest outside of the village.

But is a past life so essential to know or to understand who we are and who we want to become? I have faith in the present. I know who I am now, and understand where I stand among the giants (Pushkin, Chaplin, Francis). The cause of my life is not to become a monolith—a spectacle. My true desire is to be peaceful, and all else is nothing but a loose stitch on an unworn cloth. I do not believe in clothing my self-falsities, as what can be more truer than peace?

Chapter 2: The First Time I Met Myself

My initial meeting with transcendence and my pull to become content was at the age of 11. I was at a liberal Christian summer camp in a town named Seabeck across the water from Seattle. I was walking down a hill on a cement path that cut into an extensive yard of trim grass on my left—a grandfather-like tree was ahead about a quarter of a mile. Half dried-out flowers and small douglas fir trees were on my right, accompanied by a small prayer hall no bigger than a large living room. My eyesight began to change: my surroundings seemed illuminated. The precision of how nature was created opened up to my senses. The vividness of reality came to me. I had seen trees, flowers, and grass before, but now it appeared new as if I was an infant seeing it all for the first time.

“Autobiography” is a word that might confuse some people. Biography means the story of someone’s life. "Auto" means about oneself: so the word means the life ...