My Experience of Being Unemployed 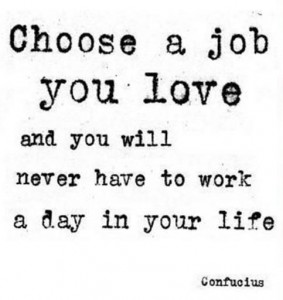 (…) One of the harshest periods of my life was when I lost a longtime job. It is alarming how casually it sounds: “I’ve lost my job.” Thousands of people lose their jobs every day; even the most developed economies of the world are not guaranteed from mass unemployment. But at the same time, having no source of income for a long period of time is a real tragedy for those who face dismissal times. Before losing a job, I used to think that unemployment is more about bad luck and an unwillingness to make an effort; now, as I have experienced it myself, I cannot be so negligent and callous about unemployed people.

It all started in 2004, when our company started to reduce staff. We all knew the insurance company we worked for was not as good and profitable as it used to be before the new CEO came. I guess each of us in our hearts knew everything was breaking into pieces, especially considering the global economic crisis; still, no one left on their own, expecting for better. The next several months were like playing Russian roulette: each morning I went to work guessing who else got fired. One day, I entered my office and found out the one who was getting fired that week was me.

I was not shocked—as I said, we all knew what to expect. But I can remember the feeling I had back then: my life slowly rolled into an abyss, and I was standing aside watching it. As I woke up the next morning, I had a chimerical feeling: the whole world around me had to go to work, and I was free as a bird. I got out of bed, made a cup of coffee, and spent the whole day looking at the window and doing little else.

One thing I never did was take loans from a bank, except perhaps a student loan, which I paid off a few years ago. So, things were no all that bad for me: I did not lose a place to live in, and I did not have to deal with debt collectors. My situation was comfortable compared to some of my acquaintances, who were literally thrown out from their homes. All I needed to worry about were the utilities, and the daily bread. But, despite that, I was knocked out of the rut, and I decided to give myself a break and have a one-week rest to figure out how to move on. Now I think that I probably made that decision due to the shock, but back then it seemed reasonable. Anyways, it all turned out for the better.

During that week, I did almost nothing to change my situation, except trying to renew my old contacts from those carefree times when I worked as a freelance translator; beyond this, I remained a passive unemployed loser. Soon enough, I received an urgent order from an old business contact. Then another one. Then I was contacted by a few more people who needed my services. Slowly but surely my translator reputation recovered. And though this temporary part-time job could not endow me long, it gave me chances to make ends meet while job hunting.

During my misfortunes, I got acquainted with a guy from Japan. He needed a long chapter of his novel translated into English real quick, and I accepted his order. We worked together for a while, and we gradually became good friends. He was unemployed as well, and earned his living by publishing short novels in little-known literary magazines. We talked a lot, and I was surprised to know there was no big difference between the United States and Japan in terms of employment, the capitalist reality, and all that corporate stuff we both hated. I always thought the Japanese were zealous about working, but it turned out there was a whole generation of people in Japan who did not wish to work for big companies and to lead predefined lives.

That pen-pal of mine, Takeo, supported me a lot, as well as I supported him. He inspired me to seek for opportunities different from just wandering from one identical company to another. I started to look at the world from another perspective; I quit thinking that “the man is for work, not the work for the man.” I also figured out what I truly wanted, and, perhaps, for the first time in my life I felt inspired about trying to achieve my goals. (…)

A memoir is a literary genre that entails writing about previous events in your life, such as certain life lessons, fascinating stories, miraculous recoveries or rescues, or any ot...