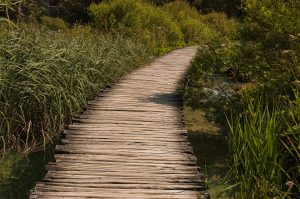 I was born on December 12th, 1984, in Seattle’s Children Hospital as a twin boy, weighing about three pounds. My mom said she could fit me in her hand. I was lucky to be born in that specific hospital, as I had to have an open heart surgery the moment I was born, and the best doctor in the country for congenital heart disease was there. The doctor gave me about a 50% chance of living. My aunt Julie had been praying throughout the operation in a church in order for me to live. Well, obviously I survived. However, I had to be put in a type of container for months to ensure my health would be stable. I had a second heart surgery and a hernia surgery the year of my birth as well.

Though my mother was with me in the hospital those months in the container, I believe the lack of touch during that time affected me for the rest of my life. I have always been sensitive to touch and have learned that my language of love (psychologically) is touch. Anyways, after about six months living in a container in a hospital, I was brought home to live in my parents home. At that time, we lived in a tiny house near Greenlake next to a railway station. My family was not rich or even middle class—they were searching for coins underneath their couch to buy milk and often had to decide whether to pay for electricity or for heat. In other words, our family was barely surviving, just like myself when I was born.

I was told that when I came from the hospital to live in our home, I had an angry, despondent face most of the time. I was mostly silent, and seemed uninterested in people. I think this was a result of my time in the hospital, away from normal human contact. While my twin brother, Chris, was energetic, bigger, and sociable, I was more of an introvert. Over the next few months, however, I heard I loosened up a bit, and started smiling and interacting with people around me mostly in a standard way for a toddler. I was still an inward child, content to play with toys by myself. My mother told me I eventually was a very happy child, though.

My first word was “choo choo.” This was not a coincidence, as I lived those first three years of my life next to a train station. It is amazing how your first word or the situations you were involved in since being a newborn can affect you so much. Since then, I have always adored trains, and I felt a spiritual connection with them. In my teenage years, I walked a lot on train tracks, and still do. I also always enjoy riding on a train. There is something that draws me to them—I think it was those first three years of my life.

Around three years of age, my grandfather got fed up with the situation of our family. He was a lawyer and banker living in Chicago, and did not want to see his daughter (my mom) down in the dumps. He bought us a house in a nice neighborhood from a professional golfer. The place was the playhouse for this professional golfer, so it had a pool with a mini golf court around it. My mother and father were supposed to pay off my grandfather over time for the house. My mom was social worker that made a decent salary and my father was refugee council leader with a little bit better salary. It turned out that they never paid off the house during my grandfather’s lifetime, and not in their marriage (they got divorced when I was eight years old). My mother paid off the house about 15 years after my grandfather’s passing, with the help of a second husband.

Anyways, we moved from being essentially in downtown Seattle to way out in the boondocks. It was a pleasant place called the Town of Woodway. Surrounded by a forest, the Puget Sound just a 15-minute walk away (a bay that connected to the Pacific Ocean), without street lights, and hardly any traffic. It was a grand switch from the energy of downtown. It was almost too peaceful in Woodway. There was a nunnery about five minutes away from our house, and sometimes there were large distances between houses—so, you would feel like you could shout, scream, or have a party at your place and no one would care.

When it comes to memoirs, most people tend to think that it is a prerogative of celebrities, retired politicians, and other renowned people to write them, as if there can be nothing remarkable about the life of an average person. However, if you think abou...