Research Topic: How Much Did Ralph Waldo Emerson Value Editing in His Writing?

The following are the most salient points of my research findings: 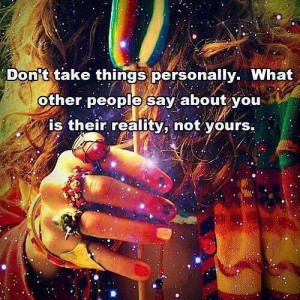 Visited The Evergreen State College library to look for two more sources. Found a scholarly journal by the name of Reese and a New York Times Magazine article in regard to editing and Emerson. With all sources gathered, my in-depth research can begin.

The most relevant and striking source material I found so far was Emerson’s Inner Life, a book by Harriet Thompson, 1995, put out by Penguin publishers. There is a section in the book about Emerson’s editing of some of his poems from Wilting Train. Thompson discusses that though critics and the public at large think of Emerson as a metaphysical mastermind, he was a practical editor and a conscientious writer overall. Not sure if this is going to be my main source material yet, but it is helpful to understand Emerson’s editing in-depth.

Peered through the other sources to investigate its references to Emerson’s editing. Though the three sources that I looked through only had a few paragraphs or less on the subject, one essay Emerson’s Practicality in the collection God and His Crazy Friends by Mark Granger, 2004, published by Sectarant House, had more to say. The essay noted that Emerson would edit his pieces to relative perfection to “ensure that the heavens were properly represented.”

Relating to the New York Times article Was Emerson for Real?, author Igor Navomkov notes that Emerson mostly wrote in the morning and left his editing for the evening. The author has collected Emerson’s letters and said that he had a consistent routine, despite speculations from critics that he did not.

Read more of Emerson’s Inner Life, which explained that his wife did not allow him to edit so much in his later years. This was due to his health and his wife thought he was expending too much energy. Hence, the argument from critics that his later writing was less refined.

Studied two more sources: a television transcript of the author Brett Weinfeld in a interview about his research into ecstatic American literature; a book, The Transcendentals and Their Practicals by Boris Fischer, 2005, Random House. The interview explained that Thoreau aided in the editing of Emerson’s works. The book illustrated the point that Emerson’s wife was instrumental in Emerson’s editing in his earlier years, acting as a sounding board.

Met with Professor Hambert to discuss my research so far. I was instructed by him to focus on the interview by Weinfeld. He thought it pertained to my topics to a greater degree than the rest of my sources.

Studied the Weinfeld interview in more detail, and looked at sources Weinfeld referenced to. According to a title he referred to, Measures of Greatness: Emerson’s Contribution, Emerson conducted most of his editing during his 24th-33rd years.

A Seattle Times article by Clive Jordan, Why Isn’t Emerson More Recognized as an Editor I collected at the UW Bothell library went so far as to say that Emerson was more an editor than a writer, writing little and editing much more.

Reviewed all source material, especially material examined with less scrutiny. Highlighted all important passages within texts by the use of bookmarks. Compiled my references in a list with proper MLA citation.

Brought my findings to Professor Hambert. He recommended I read more of The Transcendentals and Their Practicals before I wrote up my outline for the first draft.

Research is a necessary part of doing almost any academic assignment. Unless you are a genius who can make scientific discoveries out of the air, you will need to base your work...