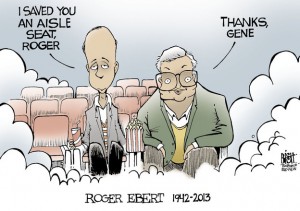 A film review is a type of review that provides a short description of a film and includes the reviewer’s opinion about it. A film review can be formal or informal. When talking about an academic writing assignment, a scholarly film review should definitely use formal language.

Steps for Writing a Film Review

A sound idea for this kind of review would be to choose a film you have certain sentiments about. It doesn’t matter whether you love it or hate it; if the film evokes emotions in you, it makes a fitting subject for your review. The topic of the film itself doesn’t matter as well. The only restriction may be that the film being reviewed and/or the film review itself doesn’t disturb the target audience.

Now that you have acquainted yourself with the basic film review writing tips and rules, you can check out our film review samples to link theory with practice.

Samples for Writing a Film Review

When something becomes ubiquitous, it tends to lose its uniqueness and complexity. I believe this is some sort of universal law opposite to the famous “quantity into quality” principle–and, unfortunately, equally valid and effective. At least, it wor...
The first horror movie I ever saw was “Jaws”–an all-time classic filmed in 1975 by Steven Spielberg. My parents did not let me watch “Alien,” “Friday 13,” or any other cult thrillers, so I desperately wanted to see one. Kids in my class were ...
Perhaps no other country has produced as many horror movies as the United States—and no other country can call itself the motherland of the most iconic horror characters: Jason Voorhees, Freddy Krueger, Alien, Leatherface, Michael Myers—the names many ...
✕
Write with confidence at a college level