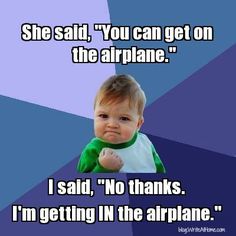 If you are an ESL student, you probably had (or still have) a hard time fighting with the rules of English grammar and phonetics. Indeed, it can be tricky, controversial, and sometimes even annoying: words sound incongruous with letters, exceptions are everywhere, and so on. At the same time, English is fun to learn, because the peculiarities of its grammar sometimes can make you smile. Below I’ve gathered some examples of the craziness of the English language. Try to smile instead of bashing your head against the wall the next time you try to read a word like “queue” properly.

1. The word “queue,” by the way, is probably the strangest word in the English language. The reason why I think so is that it could be written in only one letter! If you throw away this “ueue” part, neither the meaning, nor the sounding of this word would change.

2. In English, there are words called contronyms. These are words that, depending on the context, can have opposite meanings. One of my favorite examples is the word “buckle.” To buckle means to hold or to hold something together—for example, “buckle your seat belts,” or “buckle your shoes.” However, the same word can also mean “to fall apart,” like, “the castle I built from cards buckled under the weight of a book that fell on it.” Extreme, huh?

3. Crazy grammar that may be confusing is also a part of the English language. One of the classic examples of it is the following sentence: “All the faith he had had had had no effect on the outcome of his life.” These two “had had” play different grammatical roles: the first one is a modifier, and the second is the main verb.

4. If you think the previous one was crazy, you know nothing about the craziness of English. Try to grasp the meaning of the following sentence: “The complex houses married and single soldiers and their families.” If you understood it from the first attempt, you are a genius. As for me, it took me about five minutes to figure out what is what. “The complex” here is a noun, “houses” is a verb, and “married” is an adjective.

5. By the way, did you know that the combination “ough” can be pronounced in nine different ways? There is a sentence to memorize all of them: “A rough-coated, dough-faced, thoughtful ploughman strode through the streets of Scarborough; after falling into a slough, he coughed and hiccoughed.”

6. Tihs one is the most aamznig to me. Aoccdrnig to rcenet rcsheaerch, ulness the fsirt and the lsat ltetres of a wrod are in the rihgt plcaes, it deosnt mtater waht oredr the rest of the ltteers in a wrod are. This happens because a trained mind does not read a word letter by letter, but rather recognizes it entirely. I don’t know how exactly it happens—perhaps, based on the silhouette of symbols in it? But anyway, this is kind of a superpower.

Well, I hope now you feel a bit better about your English skills—this language is crazy, so you don’t need to worry if you do not understand something in particular. Enjoy!