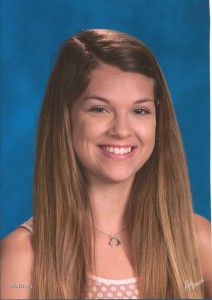 15 year-old Sally Fordman was acquired as a patient by the APC (Albuquerque Psychiatric Clinic) on November 3rd, 2009 after a case of severe delusions. With a family history of panic attacks and schizophrenia, this behavior is not unfounded. She was directed to the APC by her mother, Mary Fordman. The APC has assured the mother that her daughter will continue care for up to one year to diminish the effects of delusions.

Sally lives with her mother in a small apartment near the east side of Albuquerque. She has no siblings and her father has not been at home for over 11 years after a tumultuous divorce that was based on illegal drug overuse.

Sally is relegated to her room most of the time, as she is home-schooled and is rather anti-social. Her only friend listed is Jill Harris, who lives in an accompanying apartment in her building. She visits Jill once a week, at most, in order to engage in playing card games, writing stories together, or singing songs.

These symptoms are said to be spontaneous, or the patient does know the exact trigger for these occasions. Though they are not often, the present occurrence seemed to effect her substantially and she is afraid to go outside, lest she sees a pigeon.

Sally’s father, Richard Norris, had schizophrenia and panic attacks. The mother wonders whether this genetic influence is at the root cause of Sally’s present ordeal. Mary Fordman also directed our attention to Sally’s anti-social behavior as a probable cause of her delusions. She is afraid that if these delusions continue to occur, Sally will be eventually admitted into a psychiatric hospital.

Past Mental Health: After four interviews with the patient by psychiatrist Liam Kin, it has been ascertained that Sally’s delusions have increased in severity from the first instance to the present occurrence. The triggers for this increase in severity can be said to be based on multiple factors: higher degrees of solitude, the patient’s increasingly negative attitude towards her father, and the genetic prevalence of schizophrenia that acts typically later in life, starting from teenage years.

Anti-Social Behavior: Naturally, anti-social behavior lends itself to more contemplation, thus more rumination on past memories. In the patient’s case, her memory of her father – dealing with illegal drugs and mental illness – is a possible trigger for her present mental state.

Genetics: Schizophrenia and panic attacks experienced by the patient’s father can be associated with the patient’s circumstance. The time-table for the effects of genetic schizoid behavior commonly begins at the age of 14 upwards. In light of this, Sally’s delusions are not uncommon.

Psychiatrist Liam Kin will conduct interviews with Sally on Mondays and Thursdays at 4:30pm. Kin will assess her improvements, guide her through self-improvements, and relay the correct dosage of medicine to be administered.

Koligeen should be taken once a day to stabilize delusions. Only 3mg per tablet. The mother should pick up a bottle of Koligeen from her local pharmacy every month.

In addition to the psychiatric care of the individual, the APC desires to find a social improvement counselor for the patient at no cost. The counselor would meet with Sally every month to discover ways to increase her social scope. The meeting will take place at the APC.

Home-schooling, in the APC’s belief, is creating a circumstance that is more prone towards anti-social behavior. We believe that Sally should attend high school at Millards High School about 4 miles from her residence in order to increase her social activity.

Sahaja Yoga Meditation is free and we would encourage Sally to attend their classes every week. Information at freemeditation.com.

Being acquired by the APC as a patient, Sally is eligible to use our patient forum online to contact others with symptoms like hers and express her feelings. She can grow a greater social base through this forum as well.

Sahaja Yoga Meditation classes are free and our patients have benefited from their classes in eliminating mental illness.

There are different kinds of case studies. The two main situations where a case study is required are commerce and academic pursuits. In business and commerce, the problem of how to write a case study to suit a particular circumstance, budget, location...
✕
Write with confidence at a college level