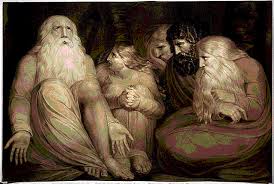 The arguments for and against God has prevailed throughout the history of humankind. Philosophers are passionately ready to debate about the topic of the existence of God, as this is one of the philosophical topics of discussion that has remained timeless, in that it has not become obsolete. Those arguing for the existence of God have not been able to provide enough evidence to persuade everyone who argued against the existence of God. The converse is also true. The disbelievers, no matter how much they tried, or how much “logic” and “scientific observations” they used, have not been able to persuade the believers of God in their claims. J. L. Mackie, in his essay Evil and Omnipotence, tries to prove that believing in a mighty and all good god is irrational. His primary point of focus is the existence of evil, which, he claims, goes against the existence of an all good god. He considers some common arguments for an all good god and tears them down to pieces, showing that logically, such a god cannot exist. Has his logical “evidence” persuaded believers to no longer believe in God? I would think not, and the reason I say this is because J. L. Mackie had failed to consider and criticize a view that eliminates the one idea upon which he based his entire argument. We will explore this view in this essay, but first, let us briefly look at the basic foundation for Mackie’s arguments.

J. L. Mackie uses the problem of evil to show that belief in an all good god is irrational. Mackie argues that if an omnipotent and morally perfect god exists, why then is there so much evil in this world? He explains that the existence of evil is a direct contradiction of God being all good. Mackie, then, explores some common theist responses to these questions and attempts to prove them illogical. He states that if one accepts that evil exists, then he or she cannot accept that God is both omnipotent and morally perfect. Mackie says that a solution to this problem of evil is to either believe that God is not omnipotent, God is not absolutely good, or believe that evil is only an illusion. Even then, Mackie continues, there arise religious contradictions when rejecting one of the three ideas. In a sense, Mackie is saying that religion is irrational.

For those who still hold true to the three ideas, Mackie shows that the reasoning behind their beliefs is flawed in that it indirectly shows that one of the three facets are false. Some examples are as follows. Believers argue that, “Evil is necessary as a means to good.” Mackie argues that if God is omnipotent, cannot he create good without having to create evil; is it not this defense constraining God’s ability by his own law? Another defense that believers make for God is that, “Good cannot exist without evil” or “Evil is necessary as a counterpart to good.” Mackie argues that something does not necessarily need a counterpart. He gives an example that while it might seem like we need other colors for the color red to exist, it is not necessarily true. Everything in the universe could have been red. Of course, we would not notice red, he explains, nor would we have a name for that color. Nevertheless, red would still exist. He explores other defenses by the believers and criticizes them, including the defense that says that evil is a mechanism to enrich a higher level of good. However, Mackie argues that the existence of a higher level of good means that there is a higher level evil. Mackie calls these defenses “fallacious solutions.” However, these solutions that he criticized are themselves limited, and thus, were able to be proven irrational by Mackie. However, the following solution that we will explore completely resolves the problem of evil without needing to sacrifice the belief in any of the three ideas.

The solutions that Mackie attacked only focused on one side of the equation, namely, these solutions tried to explain the problem of evil by looking at worldly life rather than also considering the afterlife. Now, since most theists believe in a hereafter, it is safe to use the existence of the afterlife as an argument to counter the problem of evil. According to most theist beliefs, the type of life we lead in this world will determine our status in an eternal life after our death. In particular, those who perform more good deeds in this world will go to an eternally happy paradise, or heaven while those who spent their earthly life doing evil would suffer punishment (eternal or not, depending on their actions in this world) in the afterlife. This view clearly shows that good will win over evil. However, this view also brings about other questions that should be discussed.

One might ask why God has put us on Earth in the first place. If God was all good and all powerful, could not he have taken us straight to heaven before we even had a chance to do evil? I think asking a question like this is interesting, but useless. This is the same as asking why gravity exists, or why are atoms only composed of protons, neutrons, or electrons, or why did the big bang happen. Even science cannot answer these questions. Science answers the question of “how,” not “why.” Science answers “how gravity works,” not “why gravity works.” Science answers “how animals evolved” not “why evolutionary theory exists.” Science may find clear details on the big bang theory and how it happened, but I doubt it will ever be able to answer why it happened. So, asking why we are on Earth is as pointless. Had we been in heaven all the time, would not we then ask why we are on heaven and not Earth?

Most followers of Abrahamic religions believe our life on Earth is a test for ourselves. The belief is that each and every one is given a unique test and that each person must go through it so they may learn humanity. Those who succeed by having hope, putting in good effort, and working to achieve humane goals will be rewarded in the afterlife and probably in this world as well. Those who fail and resort to evil by losing hope of success will be punished in the hereafter and maybe even in this world. This is seen by all of us in this world, whether or not we believe in God. For example, a person who chooses to put in hard work and sacrifices some fun during college life, his or her return in the end will be much greater. He will be able to have a foundation for his or her life and happiness will likely come. Someone who ignores his or her studies and has too much outside fun during college years, his or her end result will be much different. More likely, the latter person will lead a less happy and enjoyable life than the former in the long run. Does it make sense, then, to call college evil because it makes a person struggle and work hard? It cannot be evil because its goal is for providing huge benefits in the future. The same holds true for the struggles on Earth, as its aim is for becoming a better person and getting eternal happiness.

Suffering is a part of the test, and those who have hope and fight for happiness, God promises them happiness. This is even true for those who are victims of evil. For instance, a child, whose parents have been murdered, is given a particular test by God. He or she has to overcome certain struggles of coping with such a loss to become a better person. Examples of the best people in history show that they had to go through great struggles in their early lives. Since they were able to cope with these conundrums, they were successful and happy. Here is another example: some of the best contributors to research for cures for a certain diseases had suffered those diseases themselves. Struggle is not an evil, but it is rather a test for an individual—and that person is promised eternal happiness and success if he or she passes the test.

Some feel that death is evil. However, we all die, and if we believe in an eternal hereafter, death cannot be evil. Yes, some may die earlier than others, but think of that as someone having to take a shorter exam. One who lives a longer life has a bigger test to take and has more expectations from God. Those who are victims of murder, it is important to note that the victims (if they are good themselves) will live a happy next life while the murderer will be punished. Where is the evil in that?

Mackie provides a compelling argument showing that belief in a perfectly moral, all mighty god is irrational. He based his arguments on the problem of evil; however, he did not consider the view of evil as a test. This view solves the problem of evil by showing that there is an afterlife. When looking at this life and the next life together, we see that evil does fail, and God is, indeed, a perfectly moral being.